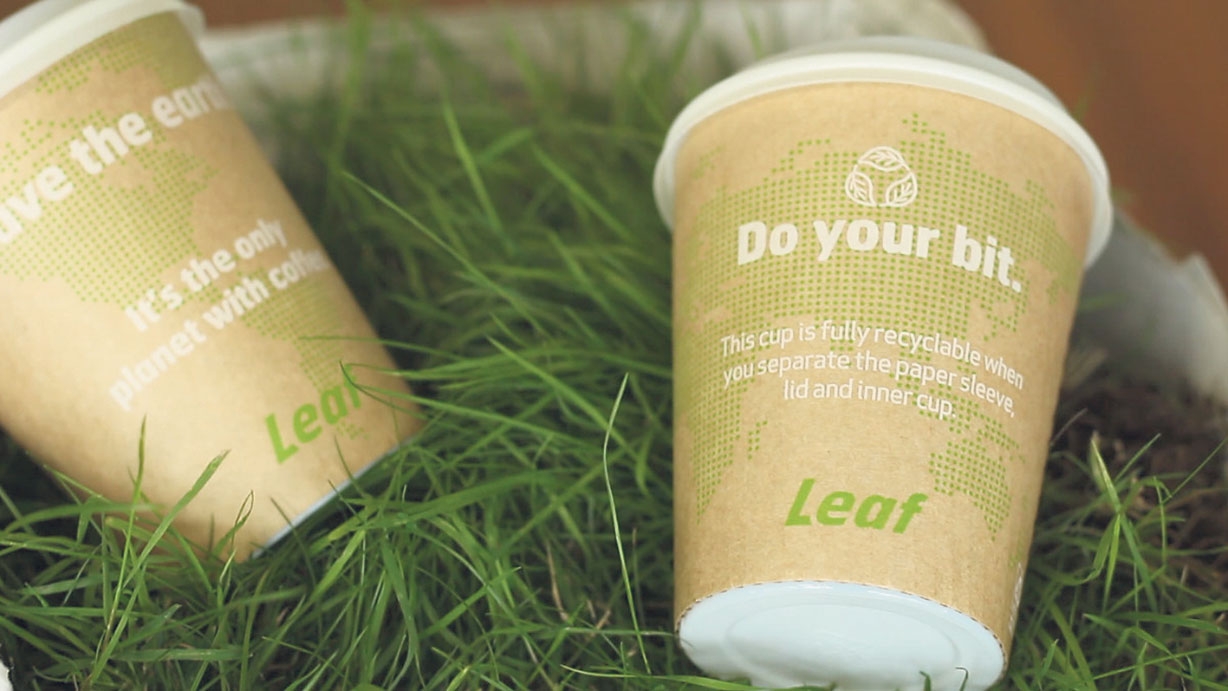 A GREENOGUE based company have created what they say is the world’s first recyclable-use disposable coffee cup.

The move is in response to an increase in the use of compostable paper cups in recent years.

“Currently about 500 billion coffee cups are dumped every year which end up in landfill, incineration, or in many cases end up going back to companies in the Far East,” said Brian O'Sullivan, CEO of Zeus.

“In Ireland, we estimate that we dispose of over 200 million of these non-recyclable cups annually. These cups are normally a combination of paper and a plastic inner coating which makes them virtually impossible to be recycled.

“Over the last four or five years there has been a big move to find something different, and a lot of the move has been towards a compostable product

The Leaf Cup utilises an ‘easy-tear’ strip in the outer paper layer which makes it easy for the cup user to separate the plastic and paper elements which are independently recyclable.

O’Sullivan says tests have proven the Leaf Cup to be every bit as effective as standard double wall cups when it comes to handling hot beverages, eliminating the need for a separate paper cup sleeve.