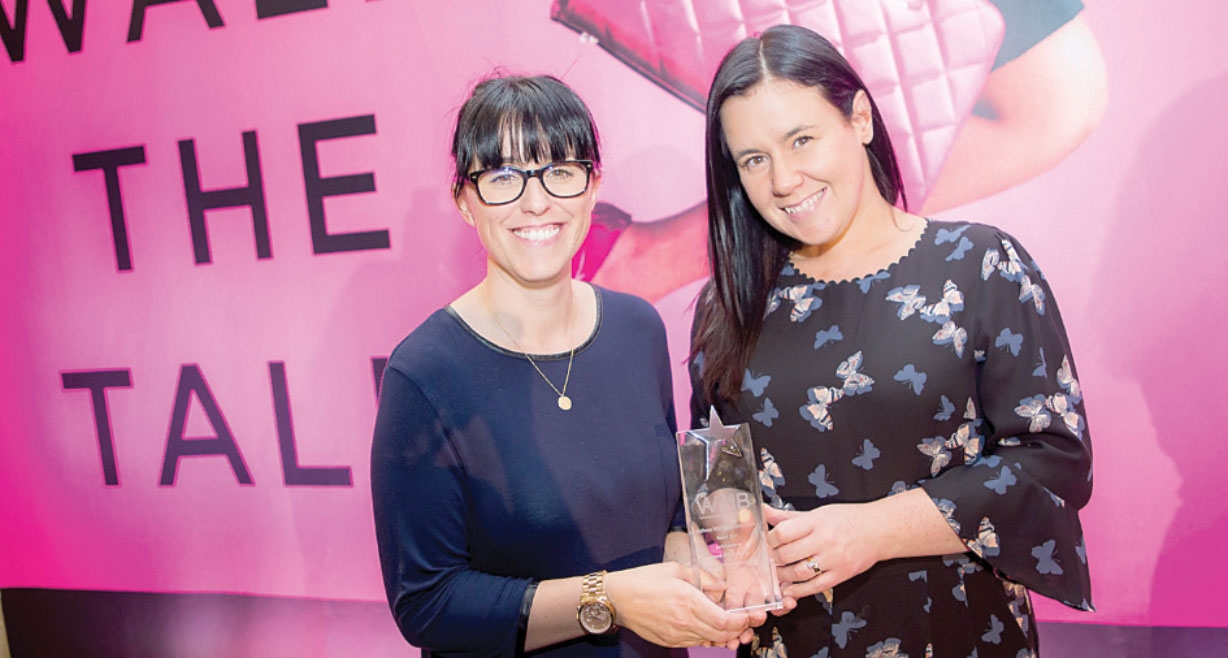 The event recognises the achievements of businesswomen and entrepreneurs across Ireland.

Both Aoife and Niamh were presented with the Matheson WMB Female Entrepreneur Award.

Lifelong friends Aoife and Niamh took a leap of faith – and a pinch of pixie dust – to set up The Irish Fairy Door Company in 2013 which is now based in Fonthill Business Park in Clondalkin.

At the time, Ireland was in the middle of the worst recession the country had seen in decades.

Like many others, Niamh and Aoife were struggling financially and Niamh and her husband Oisin were planning to emigrate when the fairy doors idea was sparked over a conversation with Aoife and her husband Gavin.

Oisin and Gavin, who are both entrepreneurs, recognised the business potential and production of the doors began immediately.

The couples did the rounds at markets, displaying their fairy doors with business taking off that Christmas, as the imaginations of little – and big – people up and down the country were captivated by the concept and hundreds of fairies moved into homes all over Ireland.

The toy retail business, which helps fairies relocate into homes and gardens all over the world, currently employs 15 people in Ireland and has sold close to five hundred thousand (500,000) pieces in over 120 countries across the globe.

Four years on The Irish Fairy Door Company’s impact and reach is reflected by the statistic that every second child in Ireland has a fairy door.

Opening the event on Monday, An Tánaiste and Minister for Business, Enterprise & Innovation, Frances Fitzgerald TD said: “As an avid supporter of female entrepreneurs and businesswomen, I am delighted that the Women Mean Business Awards is in its 11th year and going from strength to strength. With the variety of awards here today, we can see the breadth of women’s ingenuity and ability to perform at a high level in the business world.

“Women networks and platforms, such as Women Mean Business, are crucial to encouraging more women to advance their careers and establish their own businesses”.

“As Minister for Business, Enterprise & Innovation, I am now in a job where I will seek to ensure that women in business are the leaders in business. I would like to wish all the competitors, and especially the winners, every success in their future ventures.”