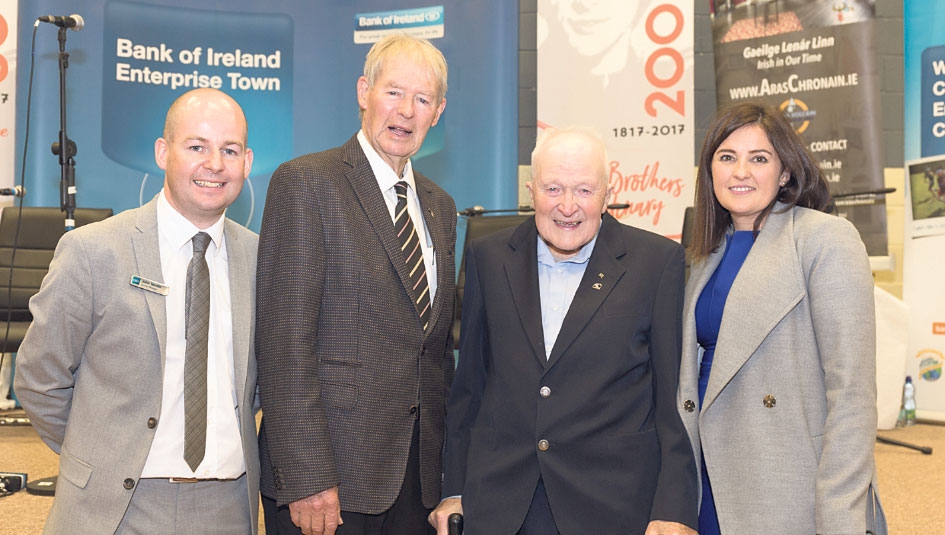 A HOST of sporting personalities along with local businesses attended this year’s Bank of Ireland Enterprise Town event in Clondalkin over the weekend, reports Maurice Garvey.

The business, sport and community expo at Moyle Park College showcased the best of what Clondalkin has to offer - coincided with the college’s 60th anniversary this year.

Students from local schools participated at the event, whilst seminars and advice clinics were delivered by a number of keynote speakers, amid a hall that featured over 80 exhibitors.

The event has grown steadily over the last three years, and takes place in towns across the country.

Tánaiste France Fitzgerald said it was great to have the Clondalkin enterprise initiative at Moyle Park College, during the school’s anniversary year.

“It was an opportunity to showcase the hard work and achievements of the school,” said the Tánaiste.

“I was delighted to celebrate the achievements and award prizes to some of the students for their business projects. I also took an opportunity to visit the fantastic boxing club again with Councillor Kenneth Egan.”