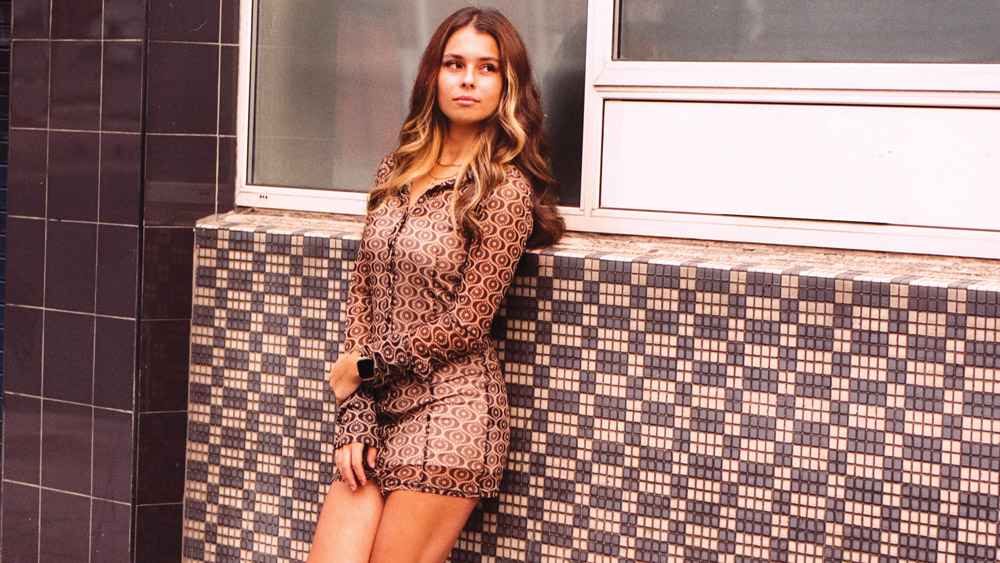 Grow up! Saibh has plenty of music to share with the world

Saibh Skelly got her first taste of performing live when she started busking several years ago, with her covers of Ed Sheeran songs being particularly well received.

But the talented 18-year-old – who grew up in Templeogue and now lives in Walkinstown – has been working on her own original material and recently released her debut single ‘Grow Up’.

Delving into the trials and tribulations of growing up and not feeling ready to, ‘Grow Up’ is underpinned by lo-fi beats and pop flourishes, elevated by Saibh’s commanding vocals.

Saibh, who is a past pupil of St Mac Dara’s Community College, told The Echo about her experience of busking, the idea behind the first song she ever wrote, and her future plans as a musician.

You started out as a busker, is there any artist whose music you particularly enjoyed covering as a busker?

Ed Sheeran was a huge influence on me as a singer/songwriter who plays acoustic guitar. His songs are simple but effective, and well-known, which is ideal for busking.

I always included multiple songs of his in my busking sets because of this and just because I was a huge fan of his.

In what way do you think busking has helped you to develop as a musician?

For me personally, busking taught me to play for myself. To not play to please anyone but myself, and to just enjoy the music.

When busking, people aren’t always there to watch me play, they are usually out shopping, working etc., and people won’t always want to stop and listen.

This helped me gain confidence in myself and to not care what everyone else thought.

Can you remember what the first song you ever wrote was like?

One of the first songs I recall writing was a song I wrote about my best friend, Jane.

We went to school together and were stuck at the hip from play school all the way through to graduating.

She is still a huge part of my life, so this song was very emotional for both of us.

You released your well-received debut covers EP ‘Undercover Heartbreak’ earlier this year, how did you feel about releasing your first EP? Did the experience match your expectations?

I tried to not have big expectations as that can often lead to disappointment, particularly with your first release. I was extremely happy with the EP before it was released, and I knew that I did my very best, so I wasn’t too worried about the response.

In saying that, I was so pleased to see the EP get huge support worldwide – it was an incredible feeling.

Your most recent single, ‘Grow Up’, deals with the trials of maturing but not feeling quite ready. What feedback have you received from listeners about it?

I have been recently visiting schools around the country to talk to students and play them this particular song.

There seems to have been a great response from that younger generation. I wrote this song in the hopes that anybody roughly a similar age to me could relate, and I think I did a great job on that.

I also think that an older generation can relate to this song too. I don’t think anyone is ever ready to grow up!

What other plans do you have in the pipeline?

I have lots of music ready to share with the world, that is hopefully coming very, very soon. This first song was only the start and I’m very excited to keep releasing the rest.

Keep an eye on my socials for any new releases or upcoming gigs.

Lastly, what do you enjoy most about making music?

One of the things I enjoy most about making music has to be the people I get to meet during the process.

Music has opened me up to so many crazy, talented, and creative people, some of whom are a huge part of my life now.

Being able to share music as a passion is truly an amazing thing, and I hope to continue to work with these types of people!

‘Grow Up’ is out now on all streaming platforms.