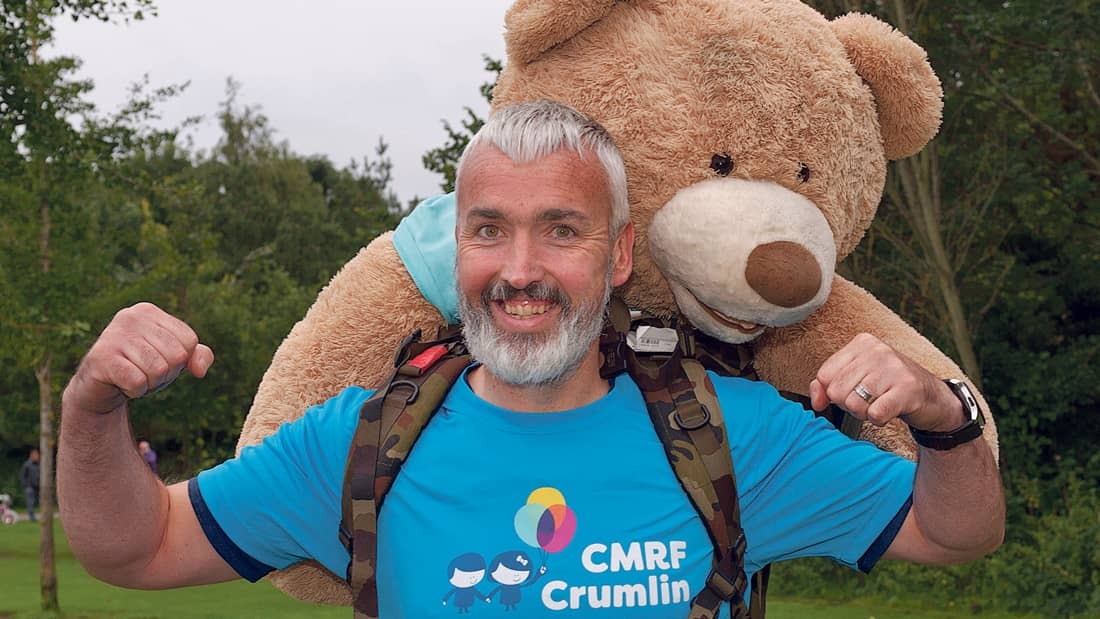 WEEKS of fundraising and preparation came to a conclusion this week as more than 30 men joined forces in running a half-marathon together to raise over €30,000 for Children’s Medical and Research Foundation (CMRF) Crumlin.

Kilnamanagh man Ian Nolan created the 30 Strong for CMRF fundraiser after taking up running in April, and he was thrilled to see them cross the ambitious €30,000 target this week.

The runners start the challenge

“We had a few cheques that we entered in [to the total] and we’ll probably have about another €2k or so by the time it’s all wrapped up,” Ian told The Echo.

“We knew going into Saturday that we were going to hit the target but actually seeing the figure was mainly a big relief.

“I’m just so proud of all the lads and everyone who came together to contribute something.

“Everyone was very excited down there on Saturday doing it, it was a great buzz and yeah absolutely, crossing the €30k was definitely a great feeling.”

Ian was initially going to complete a half-marathon for CMRF on his own but after getting two other members from the gym he trains at, Back2Basics Fitness Studio in Cookstown, to commit, they all poured in to play their part.

“I knew once I got one or two of them that all the lads would want to do something, it’s just the competitive nature of them all,” he adds.

“We have this saying in the gym ‘your void attracts a tribe’ – and that was certainly the case, they all jumped on board.”

Gavin, Alex and Alana at the half marathon challenge

They took off last Saturday for the half-marathon, running through Kilnamanagh, Tymon Park, Tallaght Village and up to Back2Basics Fitness Studio.

“Natasha Hanlon, she really helped drive it all on,” Ian mentions.

“Particularly with all of the social media, organising the logistics with me and everything.

“It mightn’t be a great saying but it can be true – behind every man there’s a great woman.

“The men were running but we honestly would have been so lost without all of her help.”

Along with donations coming in through www.justgiving.com, the lads raised the much-needed funds for CMRF through a carwash, a football tournament at Greenhills Astro Park, sponsorship cards and Craig Burgess opening his barbershop, Mankind & Co, on a Sunday – in which he donated all of the proceeds.

They also have a raffle, which they are still taking entries for up until this Sunday at 2pm, with Shane Long’s signed Republic of Ireland jersey, designer handbags, a gold day-out, Tayto Park vouchers and more all up for grabs.

To enter the raffle, see details on Instagram @30strongforCMRF_ and to donate visit www.justgiving.com/fundraising/30strong

The 30 Strong for CMRF group plan on presenting a cheque to CMRF in a few weeks time.