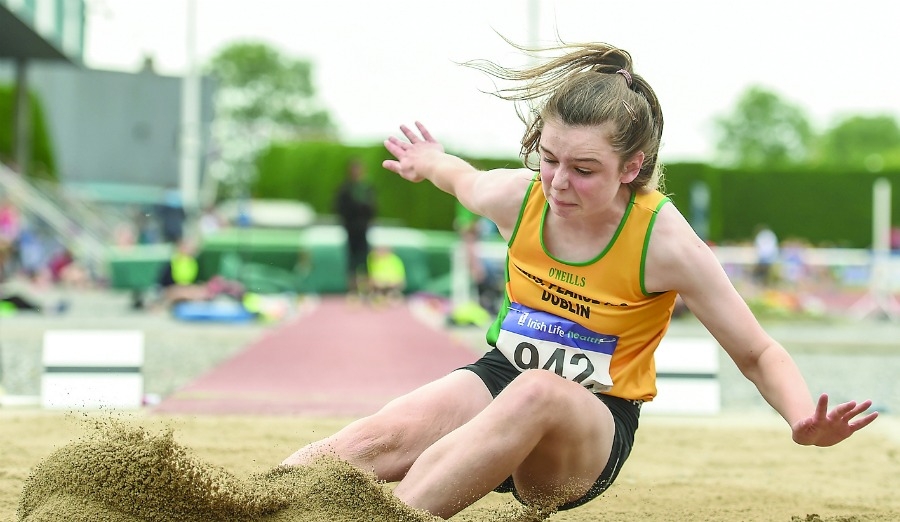 JENNIFER Hanrahan and Nadislane Kabongo both made it to the top of the podium for Brothers Pearse AC at last weekend’s National Juvenile Track and Field Championships in Tullamore.

The former turned in a great performance to take gold in the Under 15 Long Jump after producing a best leap of 5.47m which was good enough to see off the challenge of closest rivals Aisling MacHugh of Naas AC and Taghmon’s Aisling Kelly.

She went close to reaching the podium again when finishing fourth in the Women’s Under 15 High Jump.

Kabongo came home first in the Under 14 80m sprint, clocking 10.42 seconds to pip Leevale’s Lucy-May Sleeman to the top prize.

James Brennan also produced a fine display as he picked up silver in the Under 12 Long Jump after clearing a distance of 4.40m while he also placed eighth in the 600m.

These performances came a week after the club’s Boys Under 17 team made up of Conor Hanrahan, Luke Kelly, Kevin Elwood and Patrick Dunleavey won National silver in the 4x400m Relay in a time of 3.40.04s.