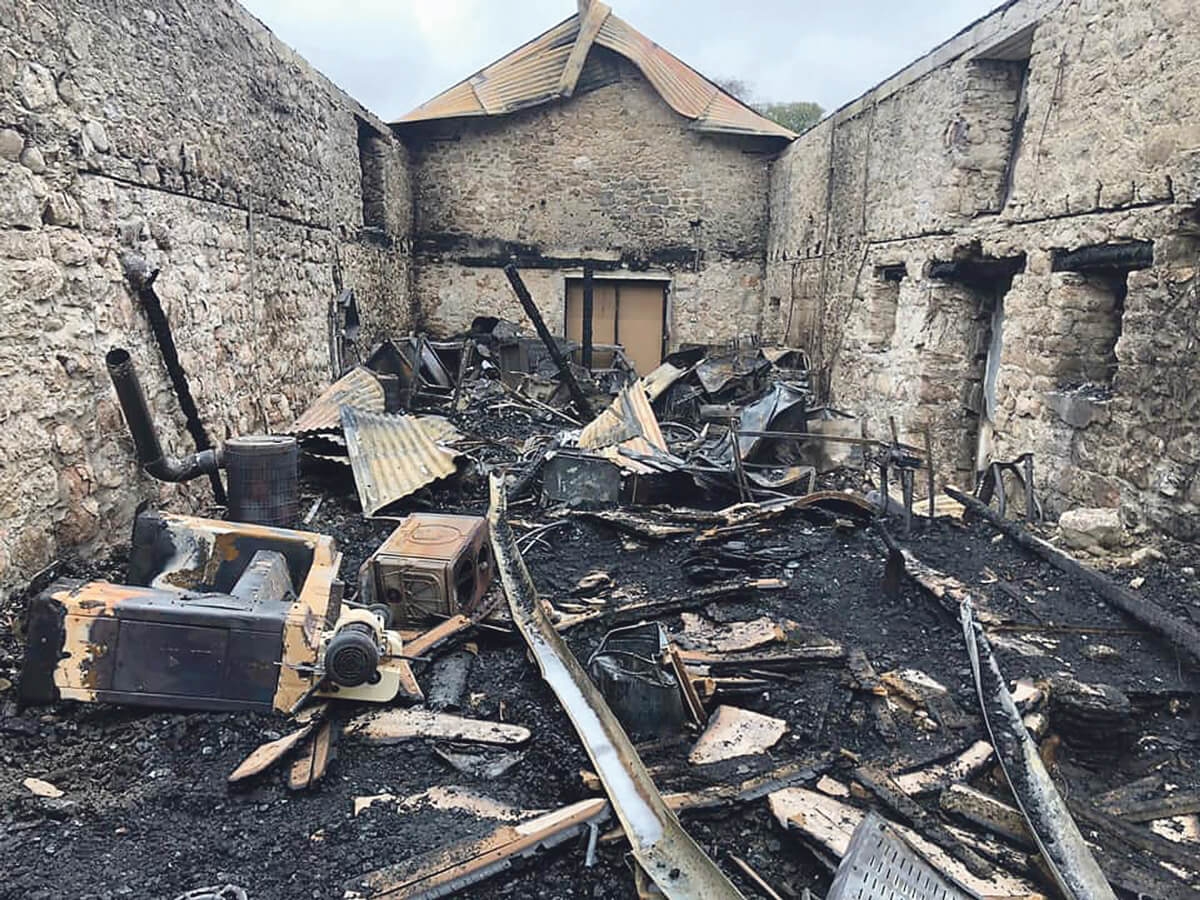 THE OWNER of the Hazel House workshop and cafe has said that the local spot will re-open as soon as possible, after a devastating fire at the Rathfarnham premises last weekend.

Last Saturday afternoon, a fire gutted the workshop space of Hazel House and burnt out the kitchen area.

The café also endured significant water damage as Dublin Fire Brigade (DFB) worked to battle the blaze, which started in the workshop area of the premises on Mutton Lane in Tibraddan.

Opened in 2014, Hazel House is owned by Knocklyon resident Niall Fitzharris, who runs workshops and wood work classes, alongside a coffee shop, at the unique premises.

Since the fire on Saturday, there has been an outpouring of support for Hazel House and the contribution the business makes within the local community.

Speaking with The Echo this week, Niall, who confirmed that nobody was hurt in the incident, said: “We’re hoping to re-open as soon as possible, and get a new kitchen set up.

“The support in recent days has been unreal… and I want to thank everyone for the amount of support we have gotten.

“People really feel part of the Hazel House and they love coming up here and spending time with us… and that’s the reason why we want to get back open as soon as possible.

“I’m also going to get a temporary work shop going and get classes running.”

On Saturday afternoon, five fire engines attended the blaze, alongside a hydraulic platform and foam tender.

According to Dublin Fire Brigade, firefighters supplemented their water supply by pumping from a local river.

Niall was unable to confirm an opening date for Hazel House when speaking with The Echo.

However, he did encourage people to keep an eye on the Hazel House Facebook page for updates in the coming days.