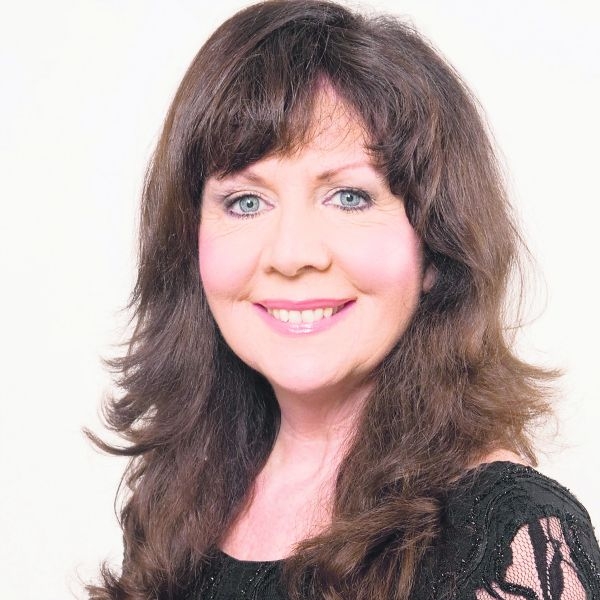 Helen celebrates ‘Being Alive’ in show business for 50 years

CELEBRATING 50 years in showbiz, Helen Jordan has over the decades encouraged many young people onto the stage – including Kodaline’s lead singer, Steven Garrigan.

Living in Old Bawn, Helen is a familiar face both locally and nationally, with the mother-of-two training hundreds of children and teenagers since her stage school opened 30 years ago - alongside being a respected professional figure on Ireland’s entertainment and stage scene.

Later this month, Helen is to bring the music of musical theatre director Stephen Sondheim to the stage of the Civic Theatre in Tallaght and despite a busy rehearsal schedule, Helen took some time out to speak with her local paper.

When was your first stage performance?

My first stage performance was when I was just six, it was a variety show in Our Lady’s Hall Drimnagh with the Freda Bannon Stage School. I did my first professional job age 12 in a UK touring production of The King and I at The Gaiety Theatre in the summer of 1964. So now you all know my age!

When did you get your first break?

I got my first break as a singer with The Laurel Park Big Band, when I was spotted by their leader, the late Freddy Reynolds at Butlin’s holiday camp, when I was 16.

Who was the most memorable person you performed with over the years?

There are three. As a kid working in panto at the Gaiety, it has to be the legendary Maureen Potter. I learned so much from her as a performer. Then in the eighties I worked with the great Tony Hatch on a number of TV shows, brilliant experience and another very memorable person was Lorna Luft, daughter of Judy Garland. I did the Stephen Sondheim Musical “Follies” with her at the NCH Dublin.

Is there any person, alive or dead, that you would have loved to share a stage with?

You look to a lot of the musicals for inspiration. If you had to choose your favourite musical what would it be and why?

Can I give two? My two favourite would be The Producers by Mel Brooks, it’s the funniest and most clever musical ever and Chicago cos it’s my kinda show.

How long is the dance school running? How many students do you reckon you’ve trained?

Probably thousands, as I started teaching age 18. Then gave it up for a few years to raise my two daughters. The present school started in Tallaght almost 30 years ago.

Any students that have gone on to do great things?

We’ve had many. The student of the moment would have to be Steve Garrigan lead singer with Kodaline, who made his first cd with the school, age 10. It was a charity single entitled Children are doing it for themselves, which he recorded with a number of students from the school and the Concert Orchestra. I’d say there’s a clip of it in The Late Late Show archives.

What are the benefits of dance for a young person?

Many and varied. It’s great for overall wellbeing, mentally and physically. It’s also great for maintaining a healthy weight. But for me, best of all is the exhilarating feeling you get from it.

You are coming to the stage of the Civic soon, tell us a little about the show? What can people expect?

It’s my first one woman show featuring the music and lyrics of Stephen Sondheim, probably the greatest musical theatre composer of our time. The rehearsals have been a joy, with my amazing accompanist Brian Connor and my equally amazing director Michael Scott. People can expect fun, tears and laughter.

Being Alive starring Helen Jordan is showing at the Civic Theatre from September 29 to October 3. Admission is €18 and €16 with concession. Visit www.civictheatre.ie.