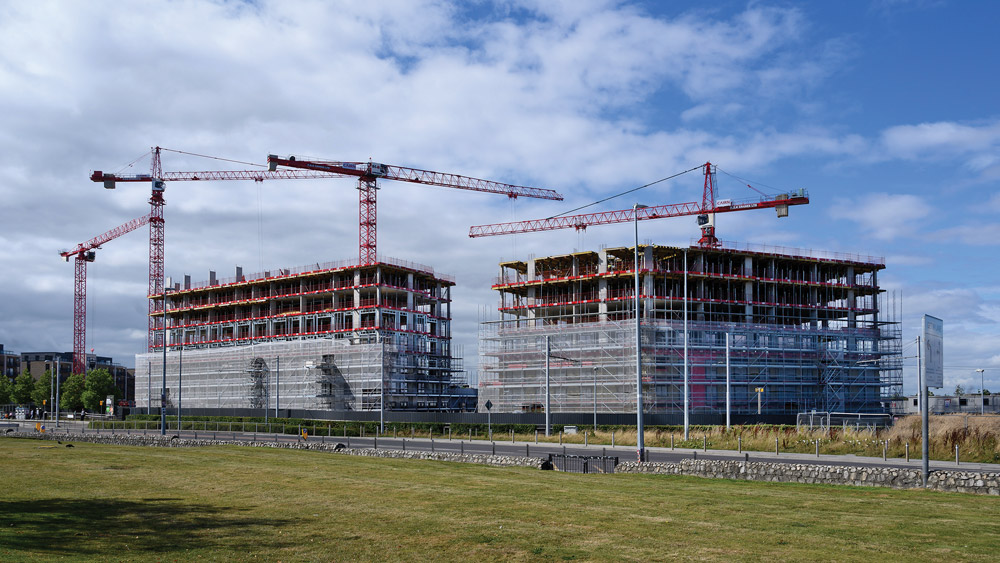 One of the development under construction in Citywest

THERE is a need for “rapid progress” of the development of community and recreational facilities in Citywest, according to a local councillor.

The Dublin 24 suburb has become home to many large-scale residential developments in recent years, with several more still in the pipeline.

Last month, developer Glenveagh Homes requested a pre-planning consultation with South Dublin County Council about their plans for the construction of 384 dwellings in the area.

Last July, Cairn Homes was granted permission for a nine-storey, 44-unit apartment block in Cooldown Commons and Fortunestown, as an alteration to a permitted nine-apartment-block development.

In 2021, Citywest Ltd was granted permission for a 99-unit residential development, while a separate, unrelated existing development at Citywest Quarter contains 421 apartments.

However, there are concerns that the population growth that follows these large-scale developments will not be best served by the existing facilities in Citywest.

Fianna Fáil councillor Charlie O’Connor told The Echo: “Citywest has the Luas and the shopping centre, but there are no other facilities as such.

“The calls that I get from people in Citywest are about the need for a community centre, a teenspace, and a library – which is already planned for the area.

“It’s a place that needs a fairly rapid progression for the development of the facilities needed, and every now and then a demand for a garda station in the area crops up.”

This topic was previously reported in The Echo last year, when Citywest residents expressed confusion over whether they should contact Tallaght or Clondalkin garda stations.

A garda spokesperson advised that Tallaght Garda Station was the appropriate point of contact for Citywest residents, but Cllr O’Connor said Citywest residents still occasionally make suggestions for a dedicated garda station in the area.

The issue of a lack of facilities is also apparent to Sinn Féin councillor Louise Dunne, who added that, as a result of the fast-track planning process, many of the developers have been able to contravene the Local Area Plan, resulting in a lack of facilities being developed at pace with the housing schemes. 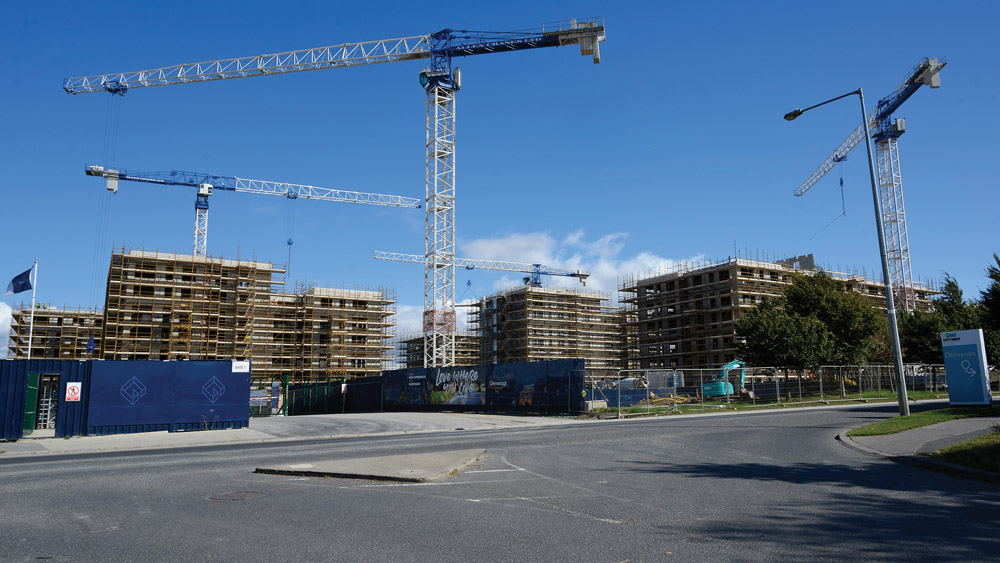 “But it’s not in line with what should be delivered. Some developers are there just to make profit and to build high-rises, and then don’t care about how people will live and work in the area.

“It’s really frustrating, not just for me, but for residents in Citywest.

“My view is that, as a country, we’re not learning from past mistakes from the likes of Ballymun.

“Yes, we need to deliver housing, and have social, affordable, and private housing, but we need to be building that with proper facilities so we can have sustainable communities.

“We’ll be dominated by high-rises when we don’t have the facilities in place for the communities we already have – it’s ridiculous.”

While plans for an increase in facilities in Citywest are afoot in the form of a community centre and library, there are concerns that demand for facilities will continue to spiral as the population grows.

“There should be recreational and community facilities – there’s no doubt that there’s a need for them in regard to Citywest,” added Cllr O’Connor.