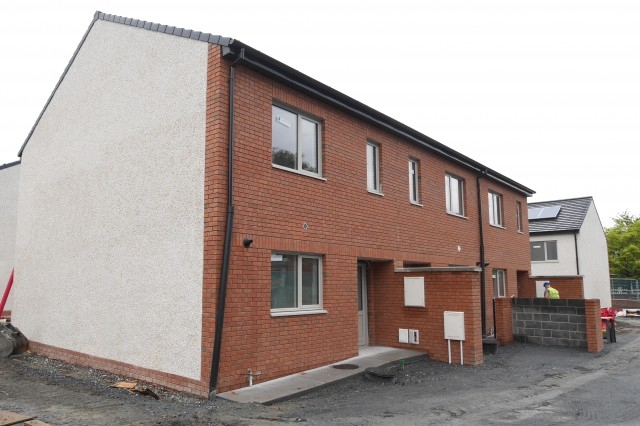 Homeless hub at Sarsfield Road is due to open before Christmas

TENANTS could finally be moving into new rapid build homes in Drimnagh this weekend, but for many the wait has been fraught with anxiety after multiple delays.

Dublin City Council assured representatives that the 29 units in Mourne Road are ready to go this weekend, after initial plans were for tenancy to commence in July.

Drainage and water problems over the last month set things back further – something Dublin City Council said was “out of their control.”

Sinn Féin TD Anegus O’Snodaigh said the delay has led to “mayhem” for tenants, many of whom have already made arrangements to move in.

“The problem for a lot of people is that some have already given notice to landlords, and others fear losing their place in emergency accommodation,” said Deputy O’Snodaigh.

“Some have already ordered furniture and are worried they won’t have the keys to move in.”

Cllr Greg Kelly said he received confirmation from DCC that the first tenants will be able to move in by Friday.

These issues could have been dealt with earlier,” said Cllr Kelly.

“With Irish Water it was down to signing a contract with DCC, and the drainage could have been discovered sooner by the builder. But it is a blessing that it is ready to go.

“I’m dealing with three families due to move in, who are currently staying in B&B’s and another in emergency accommodation.

Cllr Daithí Doolan said it has been the most “un-rapid rapid home process ever.”

He said miscommunication times delivered to tenants in the last couple of weeks by DCC, made it “stressful for families who have suitcase in hand.”

His motion calling for families to move in as soon as possible, was passed at the South Central area meeting on Wednesday.

Dublin City Council area manager Vincent Norton said the drainage delays were unfortunate but “out of our control.”

He said staff were working hard on the matter and that the units will be ready for occupation this week.

Meanwhile, Cllr Doolan said the homeless hub for 11 families at the Sons of Providence on Sarsfield Road, is due to open before Christmas.