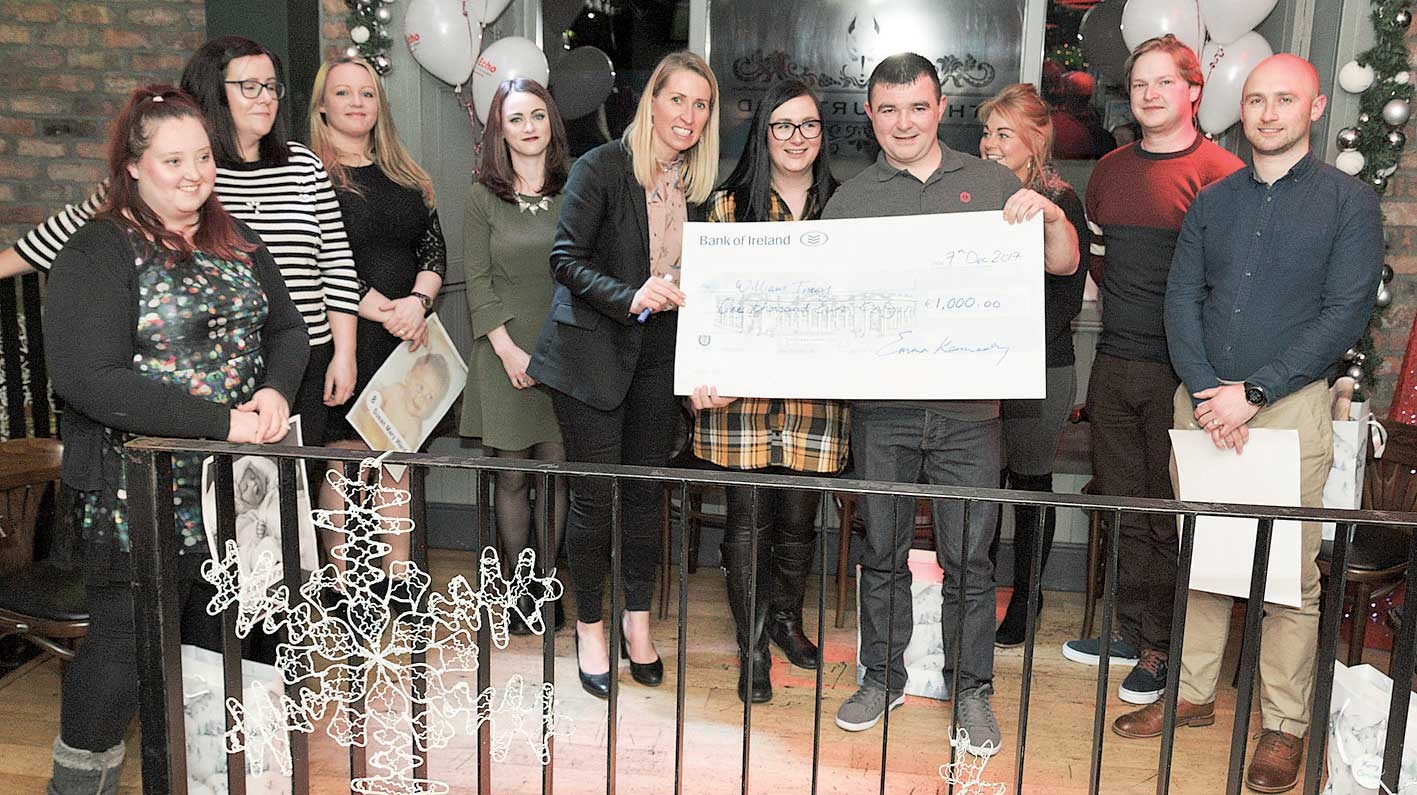 A PLUMBER from Jobstown has won The Echo’s 1984 bonny baby competition after being whittled down to the final ten from more than 50 entrants.

Over the last number of weeks, The Echo has been publishing pictures of the competition entrants who were all hoping to scoop up the grand prize of €1,000 and The Echo Bonny Baby Trophy.

William, 33, told The Echo: “It was grand, I think my girlfriend might have been more excited than I was.

“I just saw the competition in The Echo and saw that there were some spaces free, so I sent in the photo.”

He added: “My parents were delighted when I told them I’d won – they were very chuffed.

“The photo I used is actually up on my parent’s wall.”

William said the trophy now takes pride of place on his mantelpiece, and that the €1,000 cash prize will be used for his Christmas shopping.

The Echo’s next bonny baby competition will be looking for babies born in 1985, further details will be published in the paper in the new year.

To see pictures from the Bonny Baby final Molloys pick up this week’s Echo!