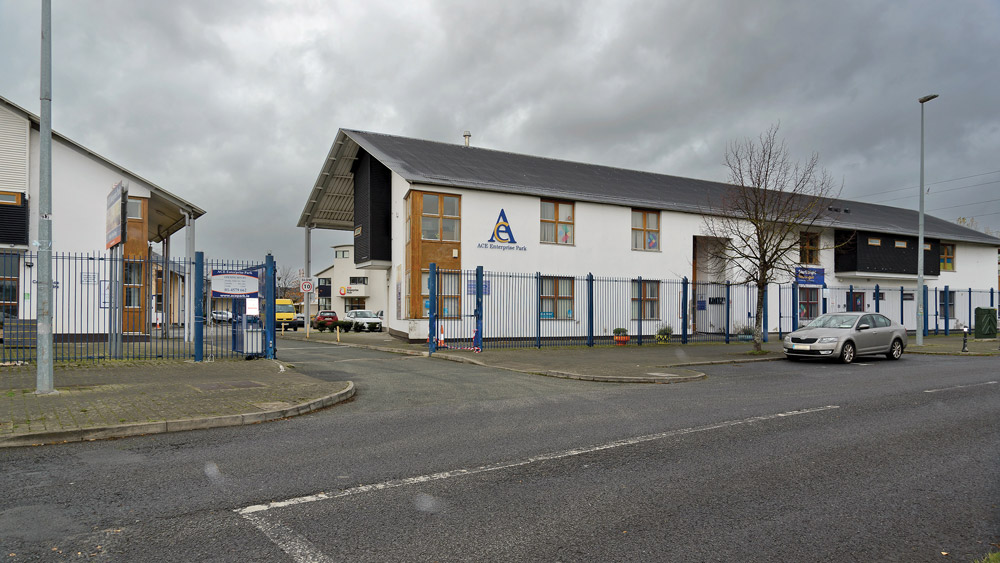 ACE Enterprise Centre which is located in Bawnogue reopened on Tuesday

HOMES beside a Clondalkin business centre were evacuated on Saturday night following a fire, which gardai are treating as an act of criminal damage.

The incident at ACE Enterprise Centre in Bawnogue, led to concerns of a suspected gas leak.

Bawnogue Road was blocked off for hours, as Dublin Fire Brigade and gardai attended the scene shortly after 6.20pm.

Businesses were unable to re-enter the premises until Tuesday, with the centre cordoned off as authorities examined the damage, understood to be the work of vandalism.

Cllr William Carey (SF), who attended the scene said it was a “serious fire”.

“Bord Gas technicians were on site as there was a suspected gas leak also. Gardai evacuated some of the nearby homes for safety reasons,” said Cllr Carey.

Maureen Christopher, owner of Loza Wool at ACE, first heard the news when worried customers sent her a flood of messages and videos of the blaze.

“It was a bit harrowing to see the images, I went there immediately, it was weird standing there watching the flames and not knowing what we were facing into,” said Maureen.

“We are in the middle block. The fire was in between two units and two doors away. Luckily our premises wasn’t damaged, nor did it suffer any smoke damage, which would destroy wool, but there was worse damage to another business unit.

“My heart goes out to any businesses affected by it.  It was very distressing. Gardai were sitting here all day on Monday.”

Lisa Rowntree, CEO at ACE Enterprise Park said: “While the events of Saturday are disappointing to all in ACE Enterprise Park, we are grateful to Dublin Fire Brigade, An Garda Siochana and Gas Networks Ireland for their quick response on the night and support in the days following the fire.

“Thankfully the situation was brought under control and there were no injuries caused. We are still assessing the immediate impact of the fire on the businesses involved and the charity. As there is an ongoing criminal investigation, we are unable to make further comment at this time.”

A spokesperson for gardai said: “Gardai are investigating an incident of criminal damage by fire which occurred at a premises in Clondalkin, Dublin 22, at approximately 6.20pm on Saturday, November 5. There have been no arrests at this time. Investigations are ongoing.”

NEWER POSTSeptember Sport Star of the Month: Denis Crowley
OLDER POSTDemand for the installation of ‘covert CCTV’ to deter dumpers