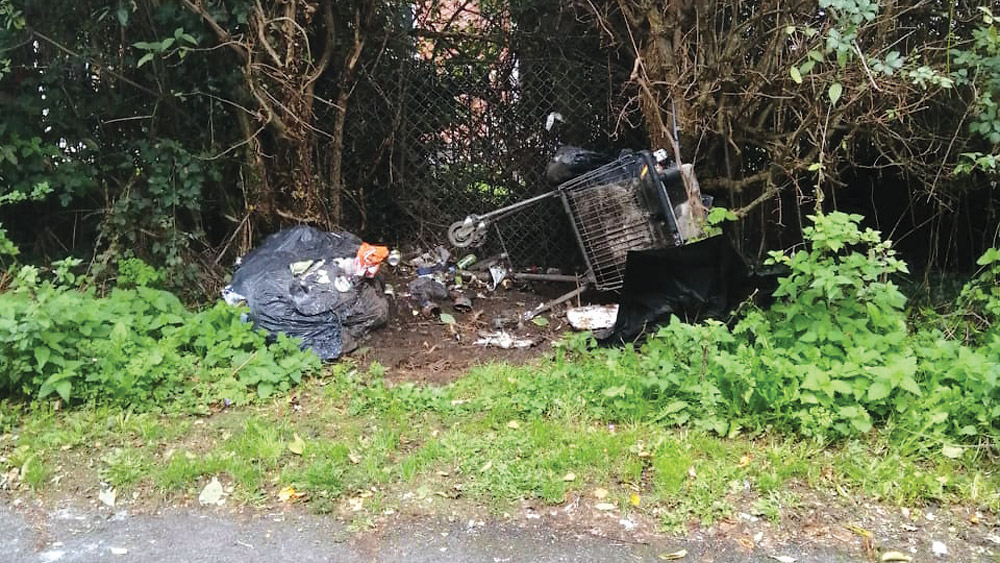 Demand for the installation of ‘covert CCTV’ to deter dumpers

CALLS have been made for the installation of “covert CCTV” in a bid to deter fly-tippers at a prominent illegal dumping black spot.

In a motion, which was passed at the recent Clondalkin Area Committee Meeting, Cllr Eoin Ó Broin called for the use of covert CCTV or other means to deal with a dumping black spot on a pathway.

This has become an attractive location for dumpers, with parents of pupils in the nearby school and locals contacting Cllr Ó Broin in relation to the issue as it “seems to be getting worse”.

When asked to elaborate on the need for “covert CCTV” as opposed to regular CCTV, the Social Democrats councillor cited costs.

“Covert CCTV is where South Dublin County Council hires mobile CCTV that is discretely installed for a week to see if it can catch whomever is the dumper,” Cllr Ó Broin told The Echo.

“Installing permanent CCTV is way more expensive, and controversial, as permanent CCTV can monitor anything really rather than just focusing on a single issue, which in this case is dumping.

“There is also the issue of who would actually monitor permanent CCTV. Would the guards have the resources? Hardly.”

In their response, council management outlined how it could use temporary CCTV under the Circular Economy and Miscellaneous Provisions Act 2022 (the Act), which was signed into law in July, 2022.

These amendments to the law include provision for the approval of CCTV schemes by local authorities, subject to conditions, “for the purposes of deterring environmental pollution and facilitating the deterrence, prevention, detection, and prosecution of offences”.

Cllr Ó Broin added on this decision from the council: “Temporary use of CCTV is allowed to catch dumpers, but the LGMA, Local Government Management Association, have still to draw up guidelines on its use.

The location referred to in the motion is to be considered for any CCTV schemes proposed for approval subject to the requirements set out in the Act.

In the interim, the authority will consider alternative measures that can be deployed to deal with the issues reported at this location – such as through planting shrubbery.