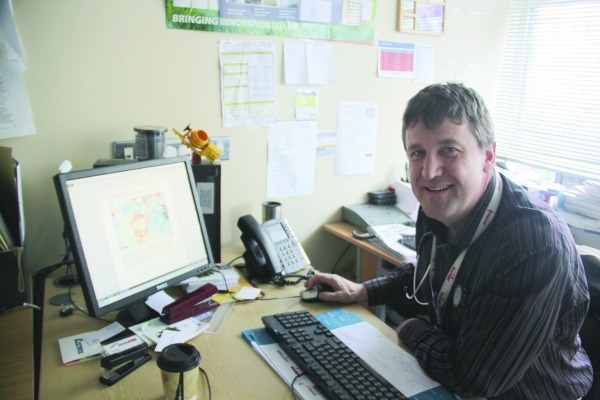 TALLAGHT Hospital could be hit with a senior citizen tsunami in the next 20 years if recom-mendations made by the local health facility are not supported and resourced by the HSE, The Echo has learned.

According to projections made by Tallaght Hospital, communities within the hospital’s immediate catchment area are set to see a growth of 206 per cent in people over the age of 75 by 2031 – with numbers expected to jump from 8,525, which was recorded in 2011, to 26,068 by 2031.

Tallaght alone is set to see its over-75 population jump by 6,051 people by 2031, with Clondalkin, in the same time-frame, expected to experience a growth of 2,257 in its older population.

Hospital research has also shown that emergency department attendances by patients over 65 years increased by 539 (8.3 per cent) between 2010 and 2013, with communities showing the highest increase in density being Springfield, Killinarden, Tymon, Jobstown and estates along the Dodder – with Clondalkin, Green-hills and Willington in Templeogue also on the hospital’s radar.

Speaking with The Echo, Dr Ronan Collins, clinical lead for age-related healthcare in Tallaght Hospital, said: “We are aware that what was once a young suburb [Tallaght] is rapidly becoming the quickest aging suburb in Dublin.

“The healthcare needs of our communities are therefore going to change and to be prepared for this we need planned resourcing of healthcare services that are age attuned – both here in the hospital and in the wider community.

“The hospital is trying to be pro-active and we sent a report with recom-mendations to both the HSE and the Minister for Health last December.

“Tallaght Hospital is struggling at the minute and the current system will not be able to support the number of older patients in the future – the system is not resourced to work.

“If changes aren’t made we will continue to have large-scale unscheduled presentations of older people to an ill-prepared emergency department.

“We don’t want frail older people on trolleys, we want to give older people better access to the services they are entitled to – and provide a better pathway into the hospital and to compassionate care.”

As part of its proposed plans, Tallaght Hospital wants to implement a new older persons’ team within the hospital, which, alongside providing treatment, will try to reduce the number of senior citizens coming through A&E through enhanced communication with GPs and local nursing homes alongside the provision of care in the community.

If an older person does present in A&E, a member of that team will meet with the patient immediately.

“At the moment the budgeting structure for both are separate and this leads to the duplication of work, with various teams not working to a common goal, which makes communication more difficult.

“We need a properly structured community team to work in the area of older people’s health.

“We also need to look at nursing home beds.

“When nursing homes open in an area or expand, that can bring a new population into a community, which is cared for by the local hospital.

“However, there is no thinking about services available for that new population – or additional resources for the local hospital.”

He added: “All of the work going on here in Tallaght Hospital is about bringing quality to people’s lives.

“We are trying to prevent people from becoming disabled as they age, help them maintain their independence and have a good quality of life for longer.”

Believing that there is elements of “ageism” in the healthcare system, Dr Collins stressed that a mind-set shift is required if Tallaght Hospital is to prepare itself for the future needs of its patients.

He also encouraged the community to unite and lobby their local TDs on behalf of the hospital – so, that staff can develop a clinically effective and efficient model of competent and compassionate age-related care.

The Echo understands that the HSE is in talks with the hospital and that funding has been provided for one new age-related health care position.