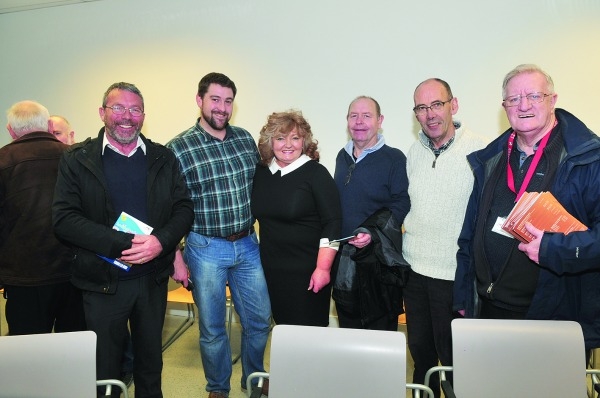 How to build a Men’s Shed

TALLAGHT was the location this week for the national launch of a new handbook which aims to support, nurture and sustainably develop existing and new Men’s Sheds programmes in Ireland.

At the start of 2011 there were no Men’s Sheds programmes in Ireland, now there’s 305 nationwide with more than 10,000 members – after founder John McEvoy established the first shed in Wexford five years ago.

The Tallaght Centre for the Unemployed followed suit and set up one of the country’s first Men’s Sheds programmes soon after and now there are four different sheds running in Tallaght – with sheds also operating in neighbouring communities such as Clondalkin, Ballyroan, Ballyfermot, Walkinstown, Nutgrove and Templeogue.

On Tuesday, the members of Dublin-based sheds gathered in the County Library in Tallaght to celebrate the launch of a new handbook by the Men’s Sheds Association of Ireland, which, established in 2011, was set up to support the development and sustainability of Men’s Sheds.

Barry Sheridan, CEO of the association, told The Echo: “The Men’s Sheds programme has experienced huge organic growth since 2011, and our overall mission is to give every man the opportunity to take part in a Men’s Shed.

“Men’s Sheds provides a space for men to be themselves, to meet new people, learn new skills and maybe reconnect to their community.

“We have found that men can be quite isolated and lonely due to a redundancy or the loss of someone close and they need something to fill that void – helping them to find themselves again.”

He added: “On the back of meeting new people and learning new skills, there is a positive impact on a person’s mental health and overall wellbeing – which has a knock-on effect on their family.

“The most important thing about any shed is the kettle.

“Men don’t talk face to face, but we have noticed that in the shed men talk shoulder to shoulder when they are working on something and this has helped to knock down communication barriers.

“The programme really works and has made huge differences to members’ lives, improving health and wellbeing and, in some instances, saving lives.”

Barry stressed that there is a place for every man in Men’s Sheds, which grow from grassroots level and are shaped by members, or shedders, as they are known, and their interests.

Barry said: “The handbook launched this week is designed to make it easier to set-up and run a shed in a sustainable way, making sure that the shed survives for all of the men in the community.

“The handbook offers, for example, advice, guidance, information on policy, procedures and setting up a committee and how to stay within the ethos and values of Men’s Sheds.

“Outside of that, each shed grows itself and the members come up with their own ideas for activities.
“It really is a simple concept and that’s why it’s been so successful, Men’s Sheds provides the space and members grow it from there.”

The launch in Tallaght Library was organised by Maire Redmond of Tallaght Centre for the Unemployed, who is also an advocate for the Men’s Sheds movement.

For further details or to find a local Men’s Sheds, which are always welcoming new members, visit www.menssheds.ie or call Maire Redmond on 4512983.

NEWER POST1,000 households to participate in How is our Neighbourhood?
OLDER POSTEmployee stabbed during armed robbery at Tallaght Adventure World