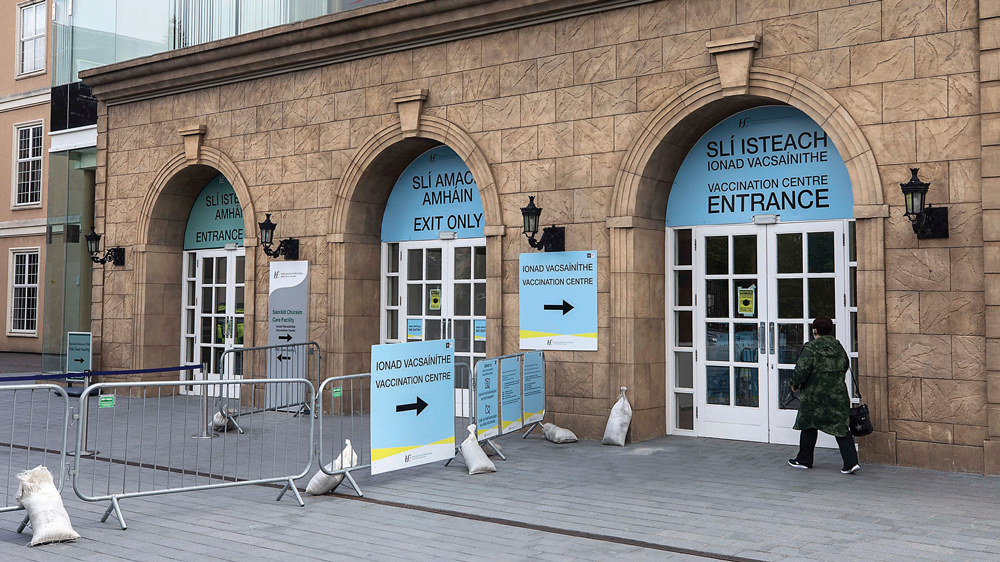 The vaccination centre in Citywest

LONG queues at Citywest Vaccination Centre led to some people queueing for hours in wintery conditions to receive their booster shot over the weekend due to a “scheduling error”.

The Covid-19 vaccination centre was overwhelmed by people with appointments for their booster vaccine as well as those aged 60 to 69 to avail of the walk-in centre last Saturday, November 27.

In a statement from the HSE, they issued an apology and said that the queues were due to a “scheduling error” with “unprecedented demand” at the centre.

They added: “Our Operations Team at Citywest made every effort to lessen the inconvenience and is reviewing operations with a view to improving the flow and throughput at the site.”

According to one man who had an appointment on Saturday afternoon at Citywest, the queue of cars stretched over two kilometres on to the Naas Road on the road up to the centre.

“I was due to have my booster at 4.20pm, and I left the house at around 3.45pm. I got to the Naas Road ten minutes later and the queue of cars was literally down the road all the way up to Citywest,” the man told The Echo.

Approaching 5pm, the man said that he pulled out of the queue of cars as it was “non-moving”, drove up to Saggart and parked his car and walked down to the centre.

“I got in the main gate and went up to the first roundabout and there was a staff member there and when I told her I had an appointment at 4.20pm she said that they were closed,” he said.

“I just went home and then on Monday morning I got an email rescheduling it for the following Wednesday and Monday evening I got a text stating that I never showed up on Saturday.”

Sinn Féin TD for Dublin South West Seán Crowe TD expressed his concern at the long queues at the local walk in vaccination centre for those who are seeking booster shots.

“In the local centre here in Citywest, we have seen long queues of people waiting for over three hours and in the wind and rain to get the booster vaccine,” said Teachta Crowe.

“I heard from one man in his late 60s who only got his booster two and a half hours after his appointment time today. Another constituent without an appointment said he had arrived at 8.15 and didn’t leave Citywest until well after midday.

“The volunteers working in these centres are doing a fantastic job, but I fear that they have been given an impossible task given the amount of interest from people in getting boosters. I have also heard disturbing reports of vaccination staff bearing the brunt of people’s frustrations which is deeply regrettable.”

Teachta Crowe added that he had written to the Minister for Health asking him if other options for the booster roll-out are being considered to make the system work more efficiently.

From Thursday, November 25, the HSE will operate walk-in booster vaccination clinics for healthcare workers and people aged 60 to 69 who have already completed their primary course of the vaccine.

As part of the booster programme, those aged 60 to 69 or healthcare workers, will continue to be issued scheduled appointments to attend at a vaccination centre. People with high-risk health conditions and people aged 50-59 will be invited for their booster next via a text message from the HSE.