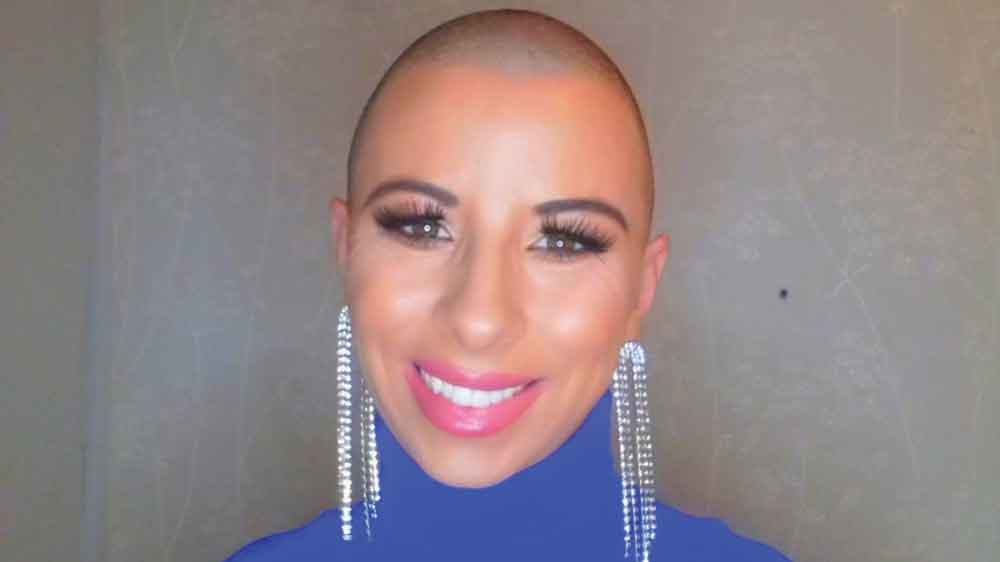 A LOCAL beauty queen who has won awards at numerous pageants shaved off her hair last week, as a way of dealing with hair loss that she experienced as a result of iron deficiency.

Killinarden woman Samantha Nicholl, 42, is a past pupil of St Joseph’s Special School in Balrothery, Tallaght, who has won numerous awards in the Miss Ireland contest and is the current Miss Ireland Classic.

However, her star turns on beauty pageant stages were interspersed with hospital visits when she began feeling unwell in 2014.

Samantha experienced acid reflux and general malaise and in 2018 was also hospitalised with depression, and underwent numerous tests such as X-rays, blood tests and endoscopies. 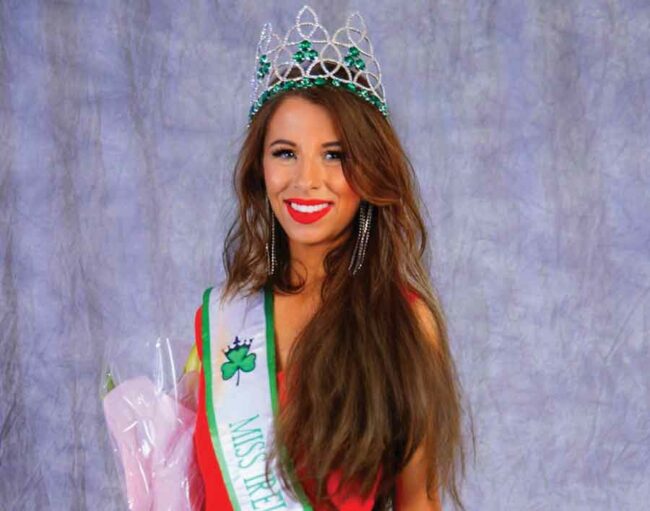 Despite all of the hospital visits, Samantha said she was still none the wiser as to what was going on with her body and struggled to get a clear diagnosis from doctors about what was happening.

In 2020, Samantha had a blood test and then received an urgent call from her GP, who managed to shed some light on her ailment.

“My GP told me to come down to him immediately,” Samantha told The Echo.

“I was supposed to be going to Galway with my partner for my 40th birthday, but the GP told me I wasn’t fit to travel.

“He said my iron and haemoglobin were going down, and he advised me to go to hospital. I was literally in shock, I was crying.”

In a bid to treat her iron deficiency, Samantha underwent a blood transfusion and later that year she got her first iron transfusion.

While the treatments did work, it was only for a limited time – the blood transfusion wore off after nine weeks, according to Samantha, while the benefits of the iron transfusion lasted five months.

Samantha said it wasn’t possible to continuously get the transfusions, so when they wore off her symptoms would return and in September last year, a new symptom developed.

“My hair started falling out in bits and pieces last September,” she explained.

“I rang my haematologist. “She said that after I’d gotten a transfusion last March my iron was 17 pints, which was healthy, but the following August it had dropped down to 8 pints.

“My hair started to get looser.

“Then it started to come out loads, in chunks, and it was coming out on my pillow and in the shower.

“I was panicking, I didn’t know why it was happening and the doctors told me it was iron deficiency [that was causing it].”

The distress of seeing her hair falling out, and leaving patches on her head, became too much for Samantha so she decided to take matters into her own hands.

On the morning of New Year’s Eve, she went to Xzibit Hair and Beauty in Killinarden where a hairdresser shaved off her dark tresses.

“I was half bald on the top of my head, and I just thought, I can’t live like this,” said Samantha.

“I decided to shave my hair off last week, on New Year’s Eve morning, and I went to the hairdresser with just my mam and my partner with me.

“I posted it on Facebook and the amount of support I got… people were saying how great I looked, and how inspiring it was.

“But I didn’t do it for charity or for sympathy – I did it because I had no choice, I was going bald.

“I’m going to leave it the way it is now for the next year and see how things go.” Samantha said that having her hair shaved off has been an adjustment, but she’s taking it in her stride and has also secured wigs from Hairweaveon in Rathmines.

In the meantime, she’s going to continue to pursue her options for treatment for iron deficiency and is planning to move to Mayo in the near future with her partner.

“I have blood tests next week, so I’ll see how things are.”