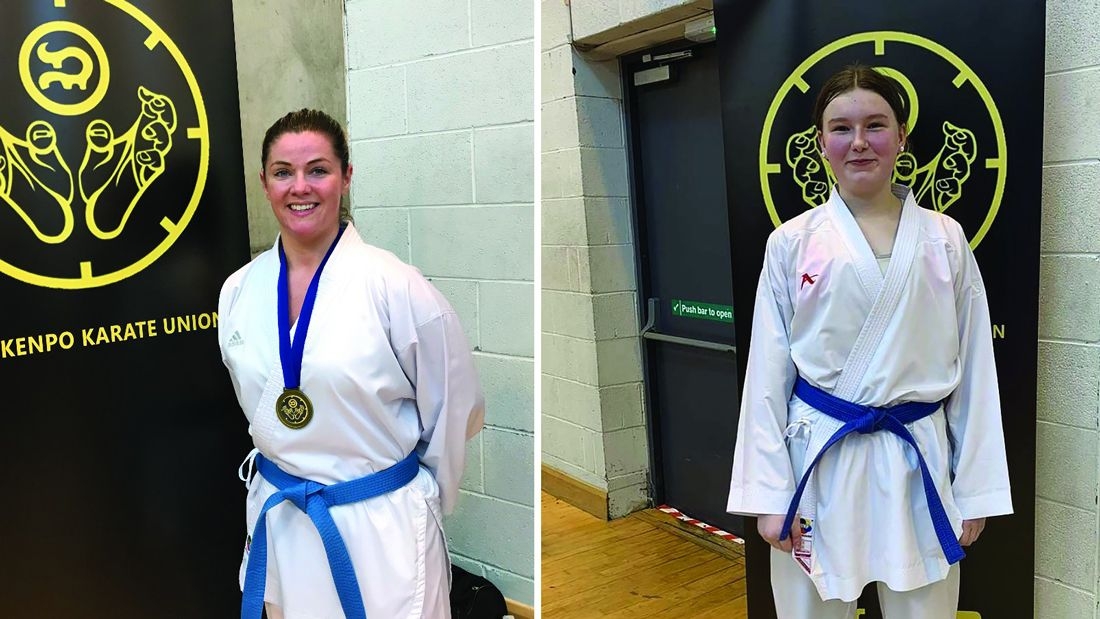 The first national karate competition of the year which caters for both junior and senior competitors, this season’s kumite-only event attracted some 230 athletes from Ireland, Northern Ireland and Scotland.

While Clare from Tallaght went top of the podium in the Girls Under 14 +55kg category, Terenure resident O’Donovan did likewise in the Senior Women’s class which was an open weight category.

Receiving a bye through the quarter finals, O’Donovan recorded a convincing 8-0 victory over Eadaoin Murtagh from Kaizen Karate Club in the last four before seeing off Northern Ireland’s Geri Friel 6-1 in the decider.

It marked the second gold in the competition for the IKKU competitor who still harbours hopes of qualifying for the Olympic Games in Tokyo this summer.

She was hoping to be lining out in the European Championships in Baku later this month, but that has since been cancelled while the National Championships, due to take place in April are also still very much up in the air.

It means O’Donovan could be heading into May’s Olympic qualifiers in Paris without any high-level international preparation, but she was quick to point out that “everybody will be in the same boat”.

As it stands, the qualifiers are due to be held behind closed doors, yet they could still go the same way as the Europeans.