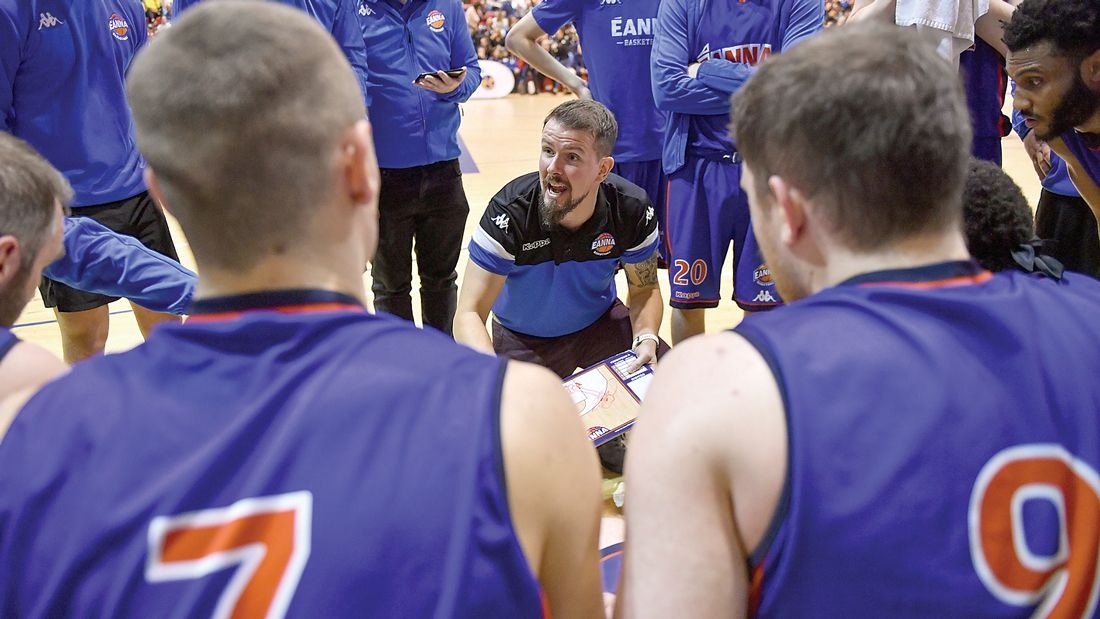 McGovern to build on a great season with Éanna

DBS Éanna Men’s Basketball team Head Coach Darren McGovern is very encouraged going forward after a season in which his side finished third in the Men’s Super League and reached the National Cup Final.

Their exploits were made all the more remarkable given the fact that they were only back in the top ranks after having won the National League following a near perfect campaign that saw them win all but one of their 25 games.

“Finishing third in the league and making the final of the National Cup- if you had offered us that at the start of the season we would have snapped your hand off” McGovern told The Echo.

“We had a great season, but I suppose the blip for us came in January when we lost a game before the Cup Final and then two games after that.

“We know that there were a few things we could have done better, but overall we’re very pleased.

“Looking at the bigger picture, we’re delighted with the fan base that we’ve brought in and that’s helped give us a vision for going forward.

“Really it comes down to the personnel that you have to work with and everyone has helped make it a brilliant season for us” he said.

McGovern is planning to remain on at the helm along with assistant coaches Rob Keane and Dove Doran, hoping to again make a real push for the Super League crown.

“That’s the plan. It’s a tough game to be in. It’s a long season and the summer is taken up with recruiting, so it’s like a full time job” he said.

Yet McGovern and his team have taken massive strides this season and, while they will not get the opportunity to contest the Champions Trophy this year as a result of its competition’s cancellation in the midst of the Coronavirus pandemic, he hopes the Rathfarnham out will hit the ground running next term.

“We had a few meetings with players just to try and get an idea of whom we’ll have and they are keen to play” insisted McGovern.

“We’ll be looking to keep players and to strengthen, but basically it all comes down to finances” he stressed.