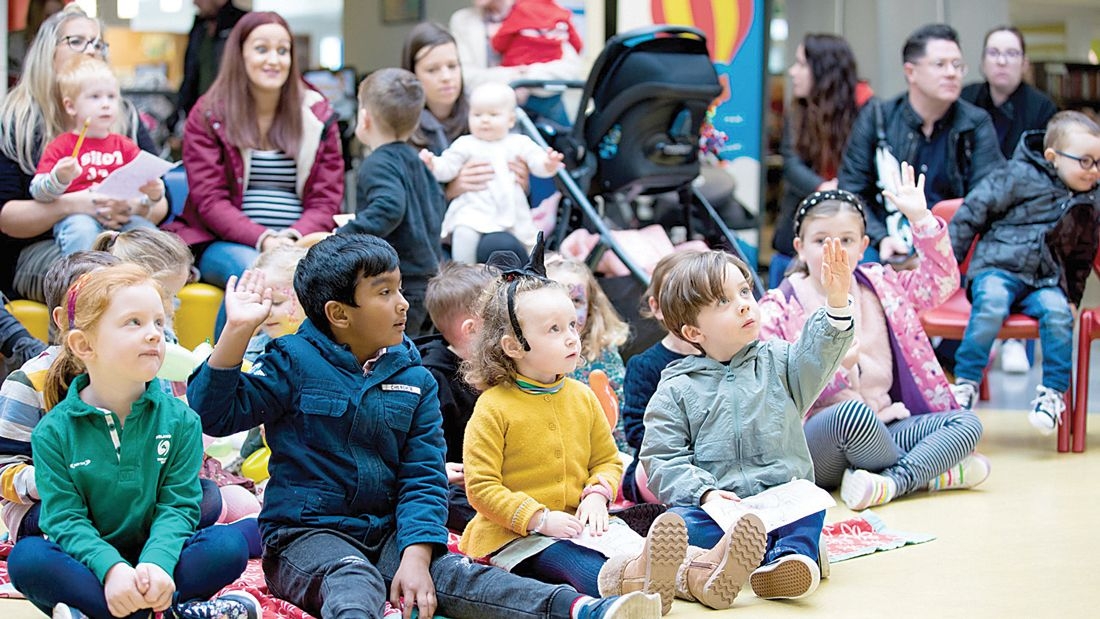 AROUND 63 per cent of children under five who live in Dublin 24 are now signed up to a free book programme, with 28,000 books delivered to nearly 5,000 local kids in the past eight months.

Last February, Dolly Parton’s Imagination Library was launched in Tallaght, with each of the 4,800 children signed up to the programme receiving a free, high-quality book every month.

The books are posted directly to the child’s home, with all children under the age of five in each household receiving different, age-appropriate books until their fifth birthday.

Here in Ireland, the programme is being piloted in Tallaght under the co-ordination of the Childhood Development Initiative (CDI), which is based at St Mark’s Youth and Family Centre on Cookstown Lane, Fettercairn.

Local dad Steven Moles signed his two-year-old daughter Holly up to the scheme during the summer and has received two books since September.

“It’s a fantastic scheme . . . since I’ve registered I’m telling everyone I know with kids about it,” Steven told The Echo.

“With all of the technology today it is getting harder to get kids to read.

“Even though Holly is really young the books are tailored to her age and are getting her into the groove of reading.

“The books are delivered every month, which is also convenient for me and we’ll have 12 new books each year [until she is five].”

Steven added: “I’ve noticed since she started getting the books that she’s wanting to read, and is picking up her book and sitting down.

“At her age Holly is just looking at the pictures but it’s getting her into the routine of reading.

“It’s also nice for us to sit down and go through the book together, page by page, it helps to create better quality time for families.”

When the scheme was first launched CDI hoped to reach 3,200 children in the first year, a target which has been smashed in the first eight months due to the interest from local families.

The aim of the programme is to help children with vocabulary building and enhance literacy skills, alongside creating space for parents to read to children.

Events that connect the community through reading are also on the cards, with a fun Dolly Parton Imagination Library (DPIL) morning held last Saturday in County Library, Tallaght.

Looking forward, Emma Reilly, CDI’s Ante-natal to Three Initiative Co-ordinator, said that CDI will need to raise funds to sustain the programme into the future.

“DPIL provides key infrastructure for the system to work such as the book-ordering system, the branding and the ability to buy books at cost price,” Ms Reilly said.

“However, CDI has to fundraise to buy the books and will be commencing a major fundraising campaign in the coming weeks and months, looking to target corporate sponsorship and individual sponsorship.

“People will be asked to donate the cost of two books which is €5 per month, to ensure that the scheme can keep sending books to children well into the future.”

She added: “CDI is very grateful to An Post, which has committed to delivering the books for free in Dublin 24 for the first year of the programme.

“And, also to Shamrock Rovers Football Club which is actively promoting [the programme] in Tallaght and surrounding community.”

For further details visit www.cdi.ie or call the project on 4940030.