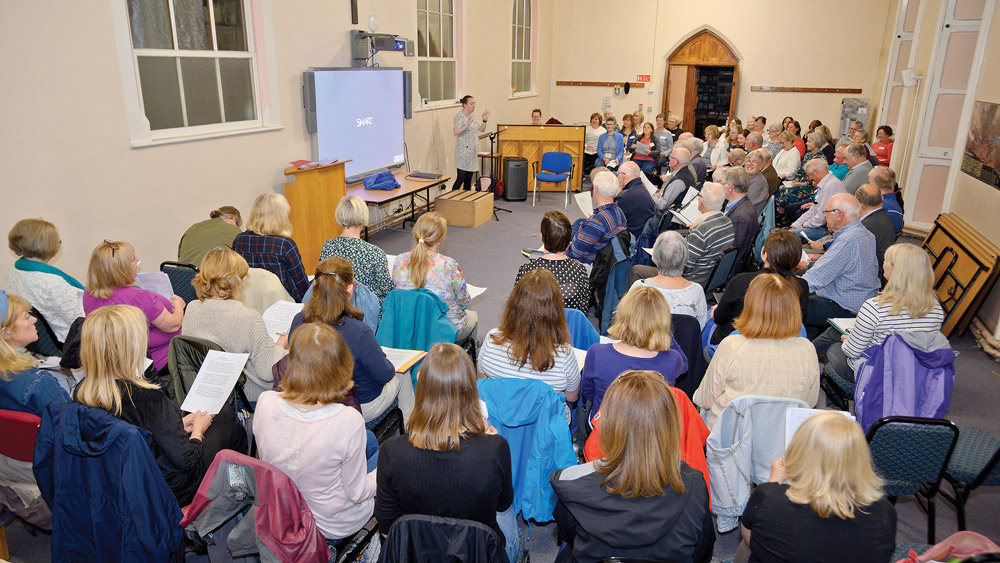 People at the open rehearsals on Monday

THE Tallaght Choral Society was in full voice at their open rehearsal in St Mary’s Priory in Tallaght on Monday evening, as over 80 singers attended.

The Tallaght Choral Society was formed in 1967 and has gone from strength to strength, having appeared in numerous RTÉ productions and performed their varied repertoire all over the country and in Europe.

The open rehearsal was held to kick-off the start of the year for the choral society, and to give people a taste of what it’s like to be in the choir.

Dr Lynsey Callaghan, music director of the Tallaght Choral Society, told The Echo: “It was really fun, and they all sounded amazing when they were singing.

“It was brilliant. It makes such a difference to have that many people in the room, and it’s an exciting new start to the year for the choir.”

While the open rehearsal was held to give new members a feel for what it’s like to be in the choir, people are welcome to join at any point during the year. The Tallaght Choral Society rehearses in St Mary’s Priory every Monday night from 7.45pm to 9.45pm, with their typical concert season running to late May.

“We welcome new people who want to join,” added Ms Callaghan. “Our next concert isn’t until January, so people still have time if they want to join and take part in that.”