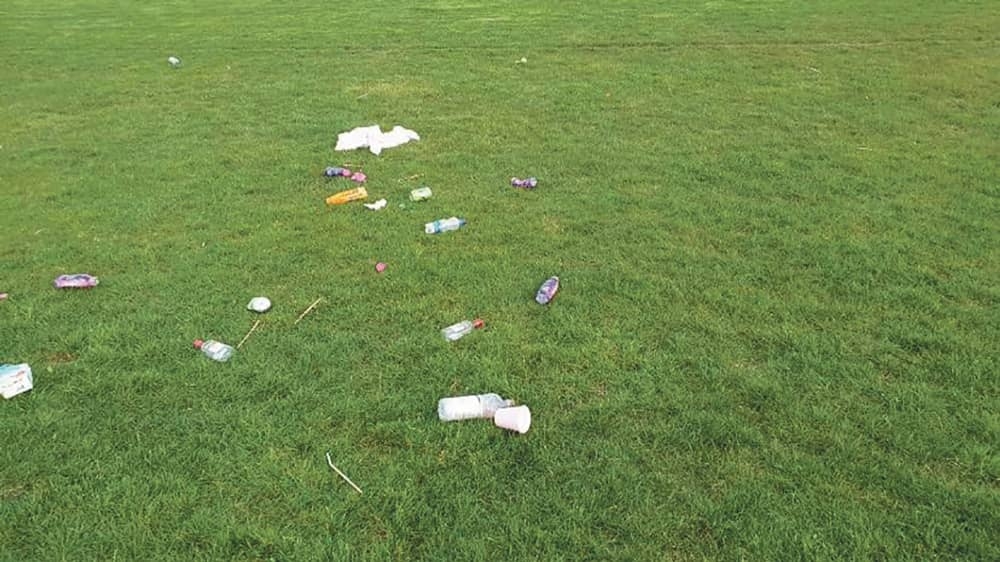 DAMAGE to Tallaght Town AFC’s grounds in Carolan Park, Kiltipper, last month was described as “very disappointing” by the club, who have since had to put in increased security measures at the green space.

According to the club, a group of up to 60 young people trespassed onto Carolan Park, and left behind smashed glass bottles and other litter, and holes were dug into the club’s senior pitch.

The bottles and litter left behind on the pitch

“We want them to be vigilant and look after the green space, and just be respectful of the work that we’ve put into it voluntarily.”

The club has 300 members, and the pitch was damaged at a point when the club was preparing for a return to training in the coming weeks, pending updated government guidelines.

As a result of the damage, they’ve now installed increased security measures to prevent trespassing in Carolan Park.

In a statement on their Facebook page shortly after the pitch was damaged, the club stated: “All entrances to Carolan Park will be fenced off and additional security will be put in place including additional CCTV.

“It’s deeply disappointing that a few small groups of teenagers have forced us to this measure as we never minded local kids playing football on the pitches.”