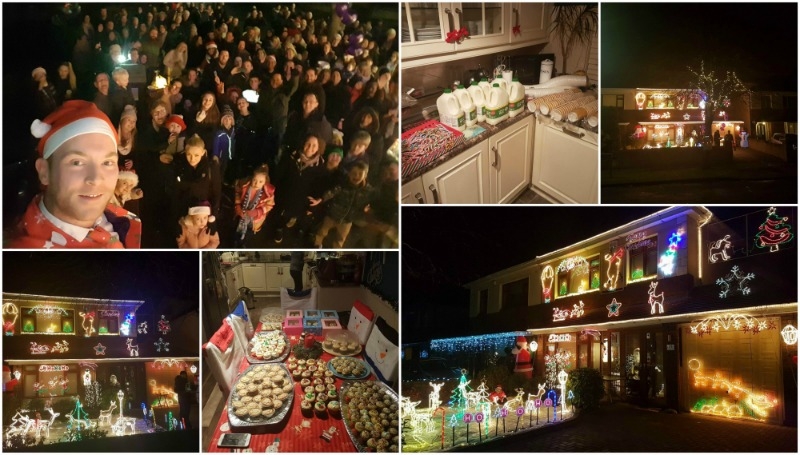 Christmas certainly brings out the best in people, and one group of residents in Lucan are going the extra mile this year, decorating their home and raising money for Temple Street Children’s Hospital.

Phil Corcoran, and housemates Paddy Toner and Lisa Harvey, have lit up their home in Weston Crescent, and invited the entire community to get involved.

They even held their own ‘Turning On The Lights’ ceremony, with around 150 people attending and getting in the festive spirit.

If that wasn’t enough, they prepared tons of Christmas treats, including mince pies, cupcakes and hot chocolate to really make it feel like that special time of year.

Speaking to Echo.ie, Phil said: “I have had a few lights up the last couple of years and the neighbours keep saying do it for charity so I decided to do it this year and go all out.

“Temple Street is a great cause. We had about 150 people here on Friday night for the big switch-on, and we had mince pies, cupcakes, hot chocolate and candy-canes, and a great night was had.

“The house in on Weston Crescent in Lucan and we will be accepting donations all through December.”

If you are in the area why not bring the kiddies along and give whatever you can or donate HERE.