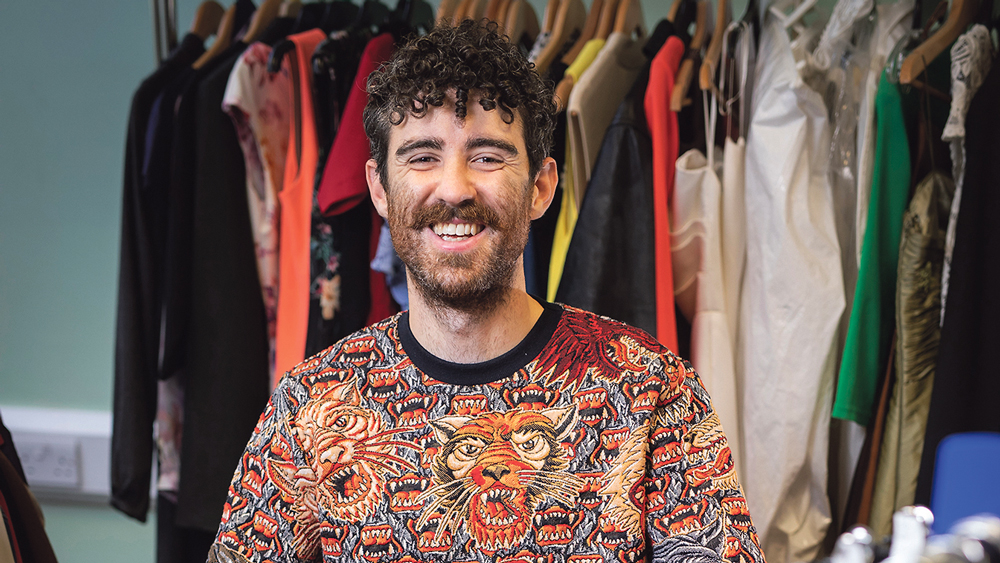 YOUNG people in disadvantaged communities all around the county are left to shoulder the burden of responsibility for the issues created through the lack of supports.

That responsibility of formulating a future for themselves tends to fall directly on their shoulders, despite their environment not amply lending itself to prioritise education.

“I think in a lot of disadvantaged communities, it’s a very stressful environment to live in,” says founder and CEO of Thriftify, Rónán Ó Dálaigh.

“There’s stuff happening all the time on the road and the streets.

“I remember there was a bit of a drug feud at the time I was growing up and I remember vividly, somebody being shot around the corner from us, hearing the gunshots.

“As a kid, that environment is incredibly stressful.

“I think when young people are in those environments, you need to counter that with some kind of mindfulness, some kind of practice that gets rid of that stress and that reassures you that things are okay.

“They did a big study in the Bronx where they found that the vast majority of young people were suffering from Post Traumatic Stress Disorder at one stage because this environment was so stressful and they were afraid all the time.

“What I think of sport and extra-curricular activities is that they are life-savers in these types of communities.

“You go out for an hour or two in the evening and your mind is completely off what is going on by doing something completely different.

“It’s like a meditation almost and it’s something that I’ve used, particularly with gaelic football.

“For most of my life that’s been something where it’s a necessity as opposed to a nice thing that I do.

“I almost needed it to de-stress and feel calm and safe again.

“Especially the arts as well, cultural things like theatre and drama, giving young people a way of expressing themselves saves lives in the communities that we’re from because it’s people minding their mental health and minding themselves and the people around them.

“We need to take the responsibility off the shoulders of the young people for the problems that they find themselves in and realise that there is nothing they can do about it.

“And actually, the responsibility is on broader society, policy, legislation and the economic model that we’ve created as a whole to present the opportunities and the alternatives in a way that are actually really tangible.

“When you look at access to university from one school to another. 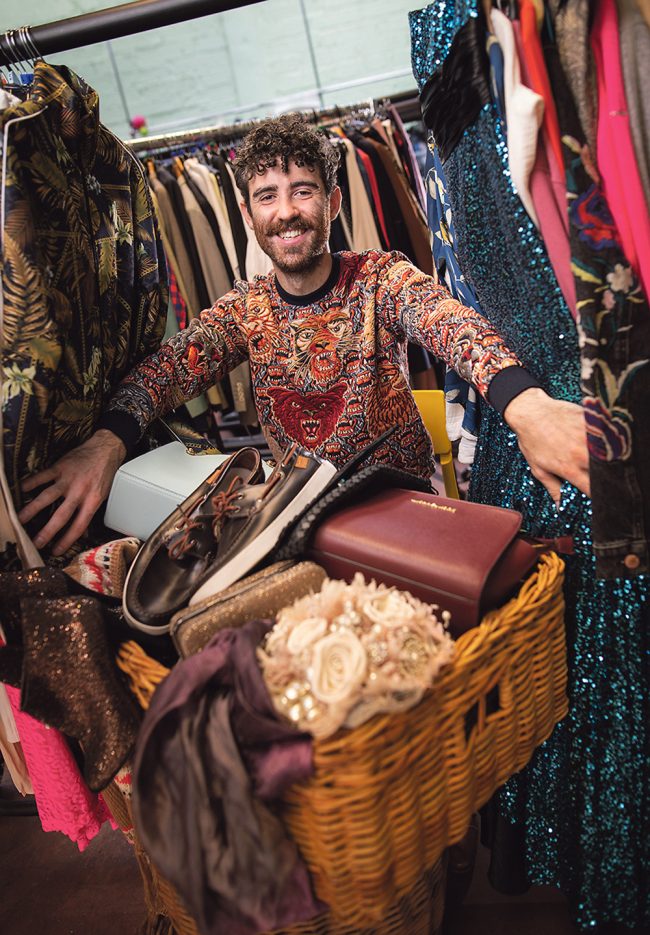 “In Ballyfermot for example, 16 percent of people go to university, one of the lowest rates in the whole country, and in other parts of Dublin it’s 98 percent.

“That’s not because only 16 percent of kids are choosing to go to university, it’s just not.

“How could it be that every year only 16 percent choose to go to university in one area and it’s 98 percent in another?

“It’s because they’re in a disadvantaged background where education hasn’t been presented to them as a reality. It’s about looking at the system, not the young person themselves.”

Tangibility is the key.

Rónán is the youngest of three boys to Sue Hassett and Tom Daly.

Born in the family home in Rossfield in Tallaght, Rónán and his family moved to Bawnogue in Clondalkin at the age of three.

From an early age, gaelic football and karate was his solace away from the distressing environment he was plunged into on the streets at home.

But it was gaelic football that he really latched onto, joining Round Tower GAA Club in Clondalkin as a child and later becoming very heavily involved with Na Gaeil Óga, an Irish-speaking club.

“In the educational environment in Bawnogue and Tallaght, for a lot of kids, there is sometimes a bit of an anti-educational bias where it’s not exactly a cool thing or an ‘in-group’ thing to enjoy education,” Rónán remembers.

“I always struggled with that because I actually did like learning but also wanted to be one of the lads as well.

“I struggled with that right up until I went to college, where it was a lot more accepted.

“Not that I did badly in secondary school but I definitely found it difficult to try strike the balance between getting involved in academic stuff and not being called a swat.

“I feel like a lot of people struggle with that in general.”

While Rónán graduated from Coláiste Chilliain with 460 points in his Leaving Certificate, those final few years were a struggle as he battled with a dual reality of having adult-responsibilities outside of school and conforming in school.

“I did well enough in the Leaving Cert but I found school very, very challenging,” he recalls.

“I would have been a bit older than other people in secondary school, I finished when I was 19 so I was a year older than people.

“I found it very, very challenging to be a guy who’s driving into school, had a job and then had to ask whether or not I could go to the bathroom.

“I was paying tax and voting, then going in there, sitting down and being shouted at by another adult.

“It was very frustrating and I ended up becoming very anti-authority.

“My perspective is that respect goes two ways, if you want my respect then treat me with respect and treat me like an adult.

“We are young adults and young people are more than capable of talking about how they feel, making decisions for themselves, and doing the hard work if they’re interested in a subject.

“The fact that we’ve built an education system to force people to do a lot of stuff that they have no interest in is a real shame.

“If we had a flipped model where we were facilitating people to do the things that they have an interest in, I think outcomes would be a lot stronger.

“Especially in working-class communities where people get very passionate about all kinds of things and it’s about bringing that forward.

“I don’t like criticising teachers because they do amazing work and work hard.

“There is a lot that they can do but they’re working in an archaic model that hasn’t really changed a lot in like 150 years.

“We need to look at how do we change the system and not ask individuals to be superheroes.”

Coming from a family of entrepreneurs, Rónán also had an interest in business and set about pursuing Business and Irish in Dublin City University (DCU).

Third-level education proved to be a raging success for the young Clondalkin man, graduating top of his class in 2014 having been awarded the Chancellors Medal.

Having fostered a love and passion for his native tongue, Rónán felt like it was his “right” to continue his academic studies through the medium of Irish and completed his degree that way.

Explaining his attachment to the Irish language and why it resonates so much with him, Rónán says: “It gives me a sense of place and meaning, and a sense of fulfilment in who I am and where I come from.”

“We live in places and we don’t even know what they mean.

“How can you know who you are if you don’t even know where you’re from?

“For me, the Irish language gives me a sense of who I am and where I come from.

“Whether it’s through music, poetry, art, even conversations or words that represent something, you learn so much and it gives you a sense of connection.

“That’s even more important coming from a disadvantaged community and more powerful and I didn’t know how to explain that as a 10-year-old, but I felt it and now as an adult I can just put words on it.”

After graduating and with a sense of independence still as strong as ever, Rónán just could not see himself answering to somebody else and envisaged himself running his own company.

With an “itch” to prove to himself that he had the necessary skills and an idea – a few other start-ups aside – Rónán set up Thriftify in 2018.

“It’s been a gradual thing and I think that’s the important thing to remember with any business, it’s not an overnight thing,” he explains.

“You start with a vague idea and you improve it and change it over time.

“It’s like going to the gym, you don’t walk in one day and walk out fit the next day – you have to go consistently and it’s the exact same thing.

“If you look at what we’re doing, it seems like it just happened out of nowhere.

“The beginning of it was a vague kind of idea of wanting to have a big impact and help charity shops make more money and it was also the fact that I had bought lots of cheap stuff in charity shops knowing they were worth more money.

“I had bought a book for a euro that was worth €60, for example.

“I knew that there must be more stuff like this in charity shops and if we could get these for sale online then the charities could make a lot more money.

“It’s also much more sustainable and impactful because people are buying used goods instead of new goods.”

Today, Thriftify is based out of Ballyfermot Civic Centre and has an office in Hackney, London, in the UK.

The company now has 98 percent of Ireland’s charity retailers present on the website with many UK charities signing up every day.