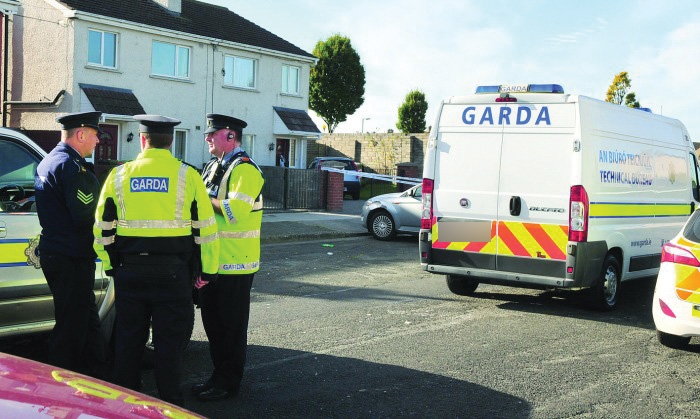 Investigations continue into death of young father on Halloween

GARDAI continue their investigation into the fatal assault of a young father, who died in Neilstown after being chased by a group of people from a bonfire on Halloween night.

Robert Ellis (25), who survived a gun attack in 2015, was chased from a bonfire in the St Mark’s area to Liscarne Gardens, and banged on the front door of a house at approximately 3am, in an effort to escape his attackers.

Mr Ellis was fatally assaulted at the scene and his body was found by gardaí in the back garden of a house. Blood was found on a footpath beside a green space at the end of Liscarne Gardens, and in the driveway of the house.

A press briefing was conducted on the green space beside Rowlagh Avenue on Tuesday, while gardai carried out a forensic examination of the scene.

Superintendent Dermot Mann, from Lucan Garda Station, said gardai are looking for information on the movements of the group of attackers, who were seen leaving the garden via a back wall.

“What we’re looking for is anyone that knows the direction of travel of those people. The Neilstown Road is a busy road, so if we could have any help from the public and community it would be appreciated.

“We have a long and firm relationship with the community, and I’m absolutely confident, people should have no fear in coming forward.”

Post mortem results have yet to determine the cause of death. Gardaí are investigating if Mr Ellis was assaulted prior to where his body was found in Liscarne Gardens.

It is understood Mr Ellis was previously a witness to a murder in Ballyfermot in 2011 and had 40 prior convictions to his name.

Sinn Féin TD for Dublin Mid-West Eoin Ó Broin condemned the fatal attack and urged anyone with information to contact gardai.
An incident room has been established in Lucan Garda Station for the investigation.