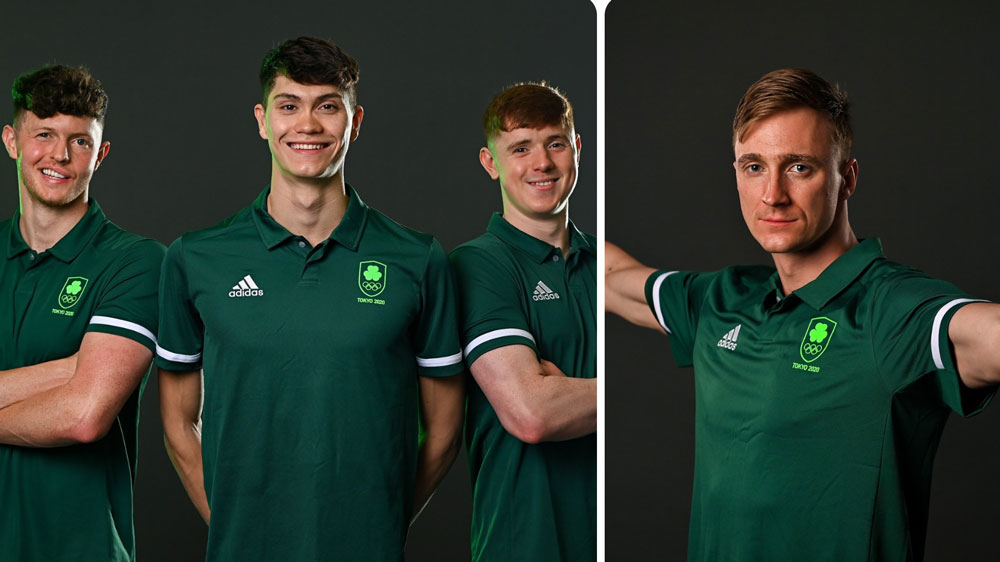 Ireland Men’s Freestyle Relay team hold their own in Tokyo

IRELAND’S Men’s 4x200m Freestyle Relay team turned in a solid display as they finished up eighth in their heat and 14th overall in the event at the Tokyo Olympics this morning.

The team, which comprised of Jack McMillan, Finn McGeever, Knocklyon man Brendan Hyland and Shane Ryan, clocked a time of 7:15.48 which was short of seeing them progress through to the final.

Still, there were plenty of positives for Ireland’s first ever men’s Olympic relay team to savour, most notably a superb new Irish senior record of 1:46.66 for McMillan that propelled Ireland up to fourth place by the time McGeever took over.

He completed his leg in 1:48.46 – another strong showing, but Ireland had slipped back to seventh.

Hyland managed to keep Ireland up in seventh as he clocked 1.51.28 before Ryan, who was nursing an injury, completed his stint in 1:49.08 as Ireland fell back one further place.

For Tallaght and National Centre swimmer, Hyland, it marked another fine outing on the highest stage after he, yesterday, finish third in his heat for the Men’s 200m Butterfly, recording a time of 1:57.09 that was just over half a second outside his Irish record and the fastest he has gone all season.