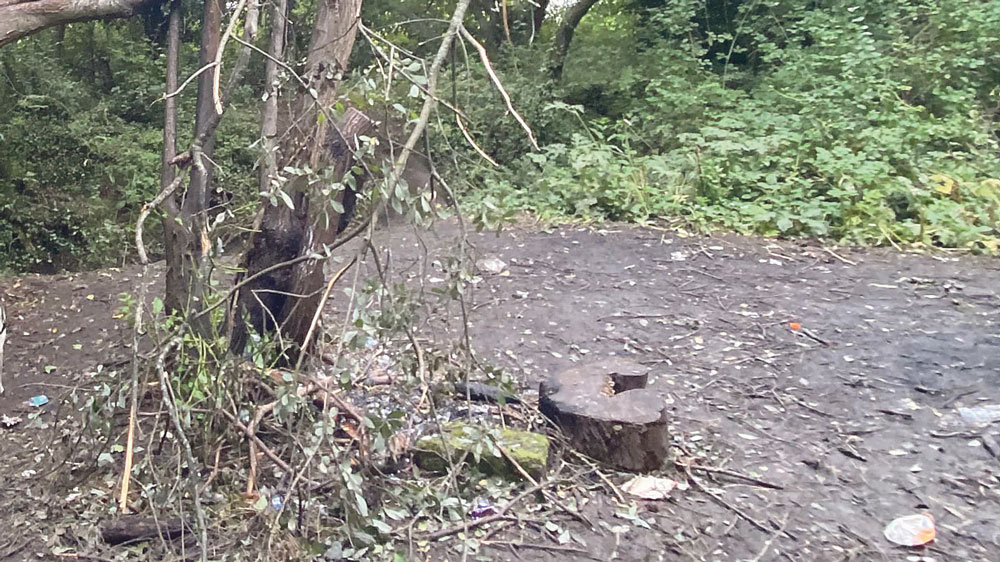 Some of the damaged trees in the park

Anti-social behaviour ‘out of control’ in park

ANTI-SOCIAL behaviour in Sean Walsh Park has gotten “out of control”, according to a resident of Old Bawn Estate in Tallaght who no longer feels safe in or around their home.

The resident, who asked to remain anonymous for fear of reprisals, said gardai have been contacted numerous times by residents from the estate, but anti-social behaviour has continued.

Explaining the issues that people living in Old Bawn Estate are facing, the resident said: “I no longer feel safe walking my dog in the mornings or evenings, or feel safe in my home.

“The park area between the Old Bawn Estate and the Kiltipper Road has been allowed to get out of control with gangs of teenagers drinking, smoking, littering, screaming, shouting, lighting fires and damaging trees every single day over the past several weeks.

“Life-saving floats from the ponds are being thrown into the ponds each time they are replaced. I counted three the other day floating in the pond, leaving none available in the case of an emergency.

“It has now got to the point where they are throwing stones, coins and golf balls across the back walls [that separate the houses from the park].

“This is an elderly estate and people are now worried about their safety.” 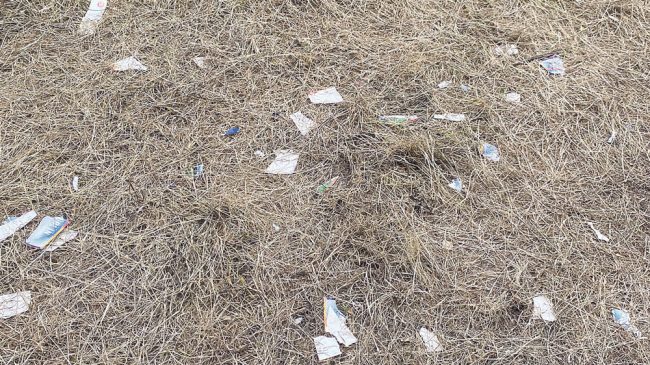 Litter on the green areas

These issues are occurring on a daily basis, according to the resident, who said that they have been told the gardai in Tallaght are under-resourced, “leaving residents in a fearful limbo of what will happen next”.

A garda spokesperson told The Echo: “Gardai attached to Community Policing conduct proactive patrols in Sean Walsh Park on a continuous basis, and more so in recent times as a result of the Covid-19 pandemic.

“There are no records of youths engaging in anti-social behaviour in recent times but there was one incident on July 16, 2021 of youths loitering.

“Gardai attended the scene and engaged with the youths who were directed to leave the area and did do.”

Parts of the park have also been left to overgrow, and the resident said this has inadvertently created a place for the people engaging in anti-social behaviour to hide in.

“The park has been allowed to overgrow for pollination,” the resident added, “but in reality, it has been just left by the council to get out of control and promotes a safe haven for these teenagers to run wild and provide plenty of shelter and hiding spots for them to carry on and intimidate locals.”

South Dublin County Council was contacted for comment, but a response was not received in time for print.