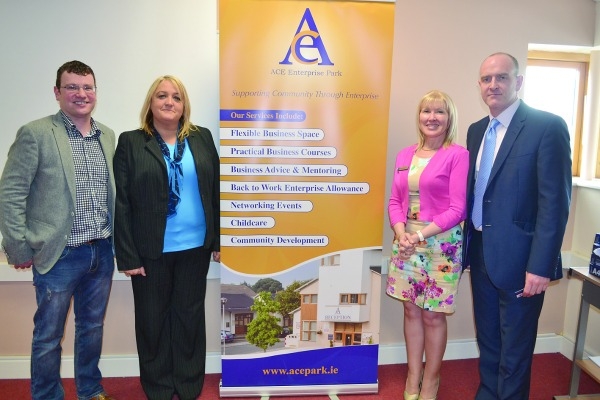 Oisín Barry from The Irish Fairy Door Company spoke to a large crowd at the Bank of Ireland sponsored event.

The event represented an exciting opportunity to hear about a local success story, with visitors networking and connecting with other businesses.

The Irish Fairy Door Company was established in 2013 by Gavin and Aoife Lawler and their friends Oisín and Niamh Barry.

Three years later, the company has expanded into markets in the USA and Canada – whilst retaining strong roots in Clondalkin at a base in Fonthill Road – employing 22 people.

ACE Enterprise Park was established in 1995 as a registered charity and independent social enterprise, to enhance the capacity of the local community.

Small businesses, self-employed entrepreneurs, and start-ups can avail of a handy office space environment – useful for short-term without costly rent, rates and bills.

Further information can be found by calling ACE Enterprise Park at 4579 662 or emailing info@acepark.ie