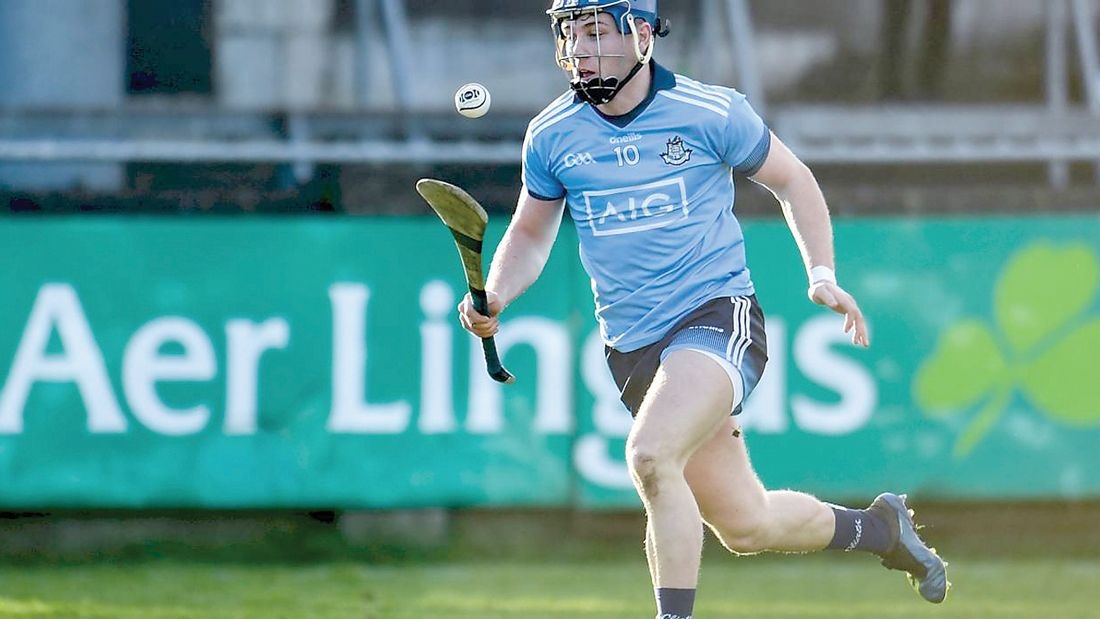 ‘It’s a tough situation for everyone to be in’

Although eager as ever to return to the playing field, Thomas Davis’ dual star Davy Keogh understands the resumption of the GAA can’t be rushed.

A certain sense of maturity surrounds the Dublin hurler’s opinions on the GAA and the obstacles the association faces given the misfortunate ongoing global pandemic.

The Covid 19 outbreak has forced the GAA season into taking an early shower. It’s resumption- unknown.

Although yearning to return to the playing field, Keogh understands it could take some time.

Speaking to The Echo he said: “Look, everyone is in the same boat here. It’s a tough situation for everyone to be in.

“The way I’m looking at it is, I’m just taking it week by week. Nobody knows what way this is going to play out. I’m not getting my hopes up too much but obviously I am very hopeful it’ll get back at some stage sooner rather than later.

“I want to get out playing as much as I can, it’s been a long break so far and we’ve got another while to go so we just have to bide the time and just wait it out.”

The halt to the season comes at a time where Keogh and his teammates have three league games under their belt, two in the hurling, one in the football.

The season’s ceasefire comes at an untimely stage for the Tallaght club given their rich vein of form last year which saw them pipped at the post by neighbours Ballyboden in the grand finale of the football with some memorable performances along the way. In the small ball, Thomas Davis were promoted to the Senior A championship for the first time in the club’s history.

Integral to last season’s escapades in both codes was Keogh, who agrees the timing is unfortunate.

“I suppose it’s harder to take especially when we had such a good run in the previous year. You’d obviously be hoping to carry that momentum straight into the next season ahead, but you can’t get too caught up over it,” said Keogh.

The Technological University Dublin student agreed it was untimely on a personal front too, with the 21 year old enjoying some good performances under Mattie Kenny’s guidance with the Senior hurlers, in what was his first year involved with the squad. He said: “Obviously last year, I was in with the panel, I saw it as my introductory season as such, getting to see how things work and run.

“I’d worked as hard as I could and any opportunity I got whether in training or matches I made it my aim to go out and express myself.

“The way I looked at it was that it doesn’t matter if a lad has been on the team for six or seven years, it doesn’t give them the right to start every week.

That’s the mindset i had and i started to get my chance and the management seemed happy with my performances so I felt I’d done enough to put myself in contention to be a starter for the coming season, so it’s a slight bit of a downer the timing of it all but look, you have to just get on with it and be ready for when it does come back.”

Although deemed a longshot by many, the prospect of a behind closed doors resumption of the GAA is one that has been doing the rounds in the public domain in recent weeks.

Although the idea was given a blow by GAA president John Horan on Sunday’s airing of The Sunday Game given the organization’s unwillingness to put any players and their families at risk, the prospect of it is one that appeals to the Thomas Davis man if it can meet safety requirements.

“Personally, I wouldn’t mind it. Simply for the fact that I’d be getting out and playing ball. If it meant we got the opportunity to go out able express ourselves again, and it was seen as safe to do so, why not?” he said.

When asked by The Echo of the prospect of running out for a championship game in front of an empty Parnell Park, he added: “Obviously there wouldn’t be that same buzz around the game, that same atmosphere, no crowd cheering you on, the buzz that’d be there getting out on the pitch in front of a couple of thousand people.  It gets you going.

“It’d be difficult to adapt to it but if it meant getting back out playing, I’d be all for the idea.”

As is the case with the behind closed doors stories doing the rounds, if there is to be any GAA played this year, many feel club games need to be prioritised over intercounty. Keogh is no different.

He said: “They’re saying that club will be prioritised over the county which is understandable because you couldn’t just disregard the club players, at least every player would be catered for if there was club.

In saying that if it does come about, it’s probably going to be hard to police.

“If they’re saying people are going to be able to go to club games, albeit the people going to the games will generally be from the same area or what not, it’s still an opportunity for the virus to spread so it’s a tricky one, but I am all for it, if safety standards could be met to run off the club at some stage, it’d be great.”

The unfortunate practicalities of it all, not overshadowing the youngster’s conspicuous grá for the game.