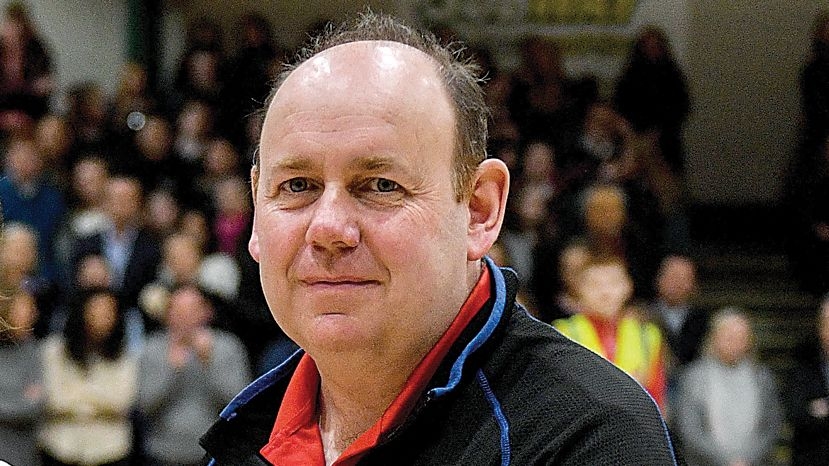 FOUNDING member of Dublin Lions Basketball Club, PJ Reidy, has been accepted as the next president of Basketball Ireland.

Once ratified at the annual general meeting of Basketball Ireland later this year, PJ will take over from Theresa Walsh, who took up the position as president in 2016.

The sporting body announced that Reidy will be elected, unopposed, as the 25th president on September 25 – when the AGM is provisionally scheduled.

“I am delighted to become the next president of Basketball Ireland,” he said.

“Basketball has been a huge part of my life for three decades and I am very much looking forward to the opportunity to give back to the basketball community in Ireland.

“I would also like to pay tribute and acknowledge the work of the outgoing President, Theresa Walsh, who has been a fantastic leader for the past number years.”

Reidy was a key player in the formation of Dublin Lions in 2008, which was an amalgamation of Rathcoole Rockets, Clondalkin Lakers and Lucan Basketball Club.

He is stepping down from his role as treasurer with the club to move up to his new role with Basketball Ireland.

Well known in basketball circles throughout the country, Reidy was recognised for his outstanding contributions to the sport when he was named Post Primary Schools (PPS) Tom Collins award winner at the 2019/20 Basketball Ireland Annual Awards.

He is also the secretary of the PPS Committee, in which he represents them on the Basketball Ireland Council, and has been a referee, coach, and a regional organiser for the Midlands Region for several years.

Following the announcement, outgoing president Theresa Walsh said: “It has been a real honour to serve as President of Basketball Ireland for the last four years and I would like to thank all my colleagues for their support.

“I wish PJ the very best for his upcoming tenure as president and have no doubt that he will be a great success for Basketball Ireland.”

Upon assuming the position later in the year, PJ Reidy will serve a two-year term as president of Basketball Ireland.