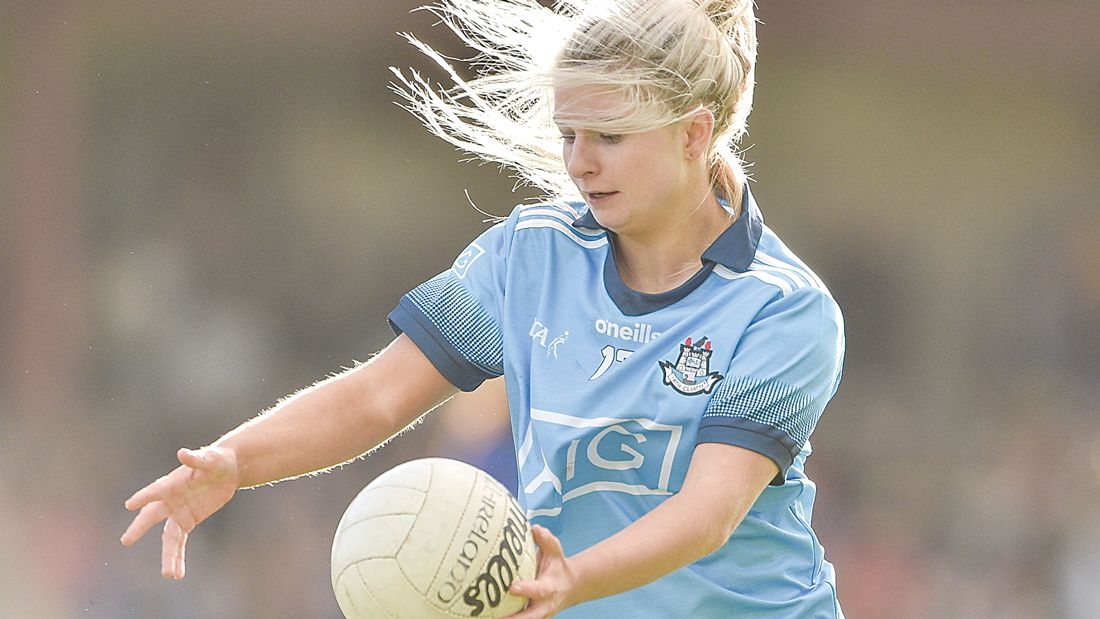 “The Dublin senior championship is wide open to be honest. You’ve great teams in it the likes of Kilamcud Crokes, Ballyboden and Clontarf, they’ve all really put it up to Foxrock and the likes in the past couple of years, then you've the likes of clan na gael coming up from intermediate who are definitely one to watch as well so I think anyone could come out of each group. It looks like it’s going to be a really competitive championship.

As seen over the past few semi finals and finals there’s only been a couple of points in the difference of most games so it’s really up for grabs this year.”

First up on the 29th of July is a tough opener against holders Foxrock Cabinteely, a challenge McGuigan and her comrades are looking forward to.

Speaking to The Echo she said: “We’re of the opinion that if we want to win the championship we have to beat the best teams out there so definitely it’ll be a tough first game out against Foxrock.

We would have lost the semi final to them last year by two points, a tough one to take so we’re really looking forward to it.

They’re a really good team, they play some really good football so it’ll be a great way to test ourselves and see where we are for the year and put it up to one of the best teams in the country.”

In regards the unfortunate Covid-19 curveball that was thrown the way of all GAA players throughout the country, Ciara insists although it was a struggle initially, it’s great to be back playing.

“It was quite tough, especially at the start when we were playing kind of competitively and everything was just scrapped out of nowhere so it was challenging.

Then the working from home life without sport was quite grim at the start but we were lucky enough with the club that we kind of kept up the training on our own and my younger sister was living with me so I was able to train with her as well so that did help, but it was tough going but good to be back now thank god.”

She added how, although an altered approach this year in comparison to years gone by, it’s all shoulders to the wheel as they build towards the nearing championship opener.

“Preparations have been really different compared to other years. We’re back now a few weeks, we haven’t yet played a competitive game as a team, we’ve had a few friendlies and have been training away.

Everyone seems to be fit and ready to go, looking forward to championship. There’s two really competitive groups which anyone could come out of so we’re just going in with a healthy mindset looking forward to the coming few weeks.”

Falling just shy the passed two years at the semi final stage against St Brigids and Foxrock Cabinteely respectively, it is something McGuigan and her Thomas Davis clubmates will hope to amend, the skillfull forward insisting “we’ve grown and learned from our mistakes in those semi finals so we’ll be hoping to give it our best shot and a step or two further this year.”

In relation to the new format the games will operate under given the guidelines and protocols, McGuigan gave her opinion on the new changes that await.

“I think everyone’s just excited to get going, whatever it is we have to do to play football, we’re all willing to do so.”