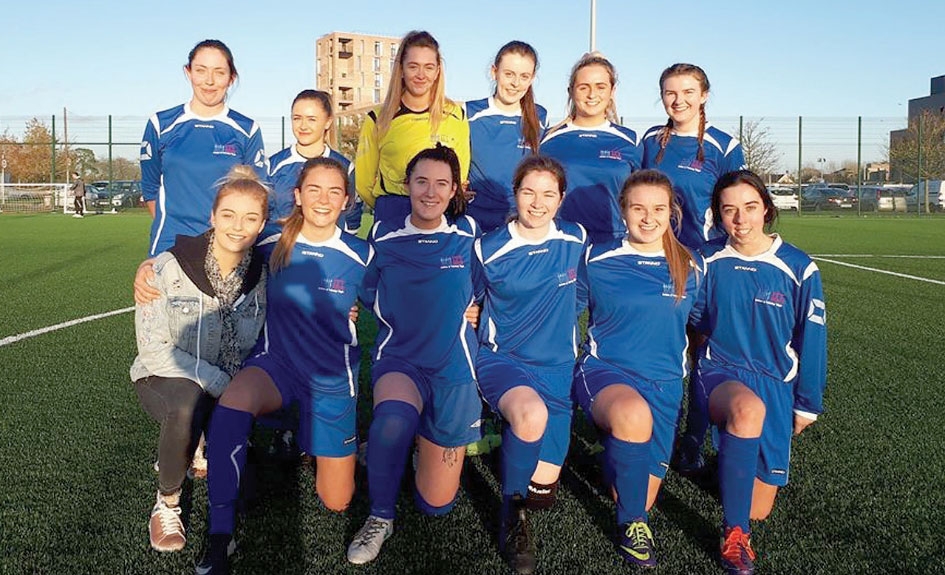 FOR THE very first time IT Tallaght Ladies soccer team recorded their very first win in an Intervarsity qualifier, beating Maynooth 3-1 in the opening round last week.

After the two teams had drawn their previous fixture two weeks before, it was all was to play for in this match which saw Maynooth B test the Tallaght side with dangerous balls over the top.

Erin Best, Grainne Dolan and Dervla Duggan at the back were severely tested and held out until conceding a penalty that was converted to edge Maynooth in front.

The second half saw much better football produced by the Tallaght girls, who were managing to retain possession and get in behind the Maynooth backline with tight play between Avril Brierley and Aisling Driver and Layla Dunne getting onto the end of long balls.

Driver hammered home three goals in the second half with some help from her wingers, Lauren Flaherty and Carly Wilson who applied excellent pressure, unsettling the Maynooth defenders.