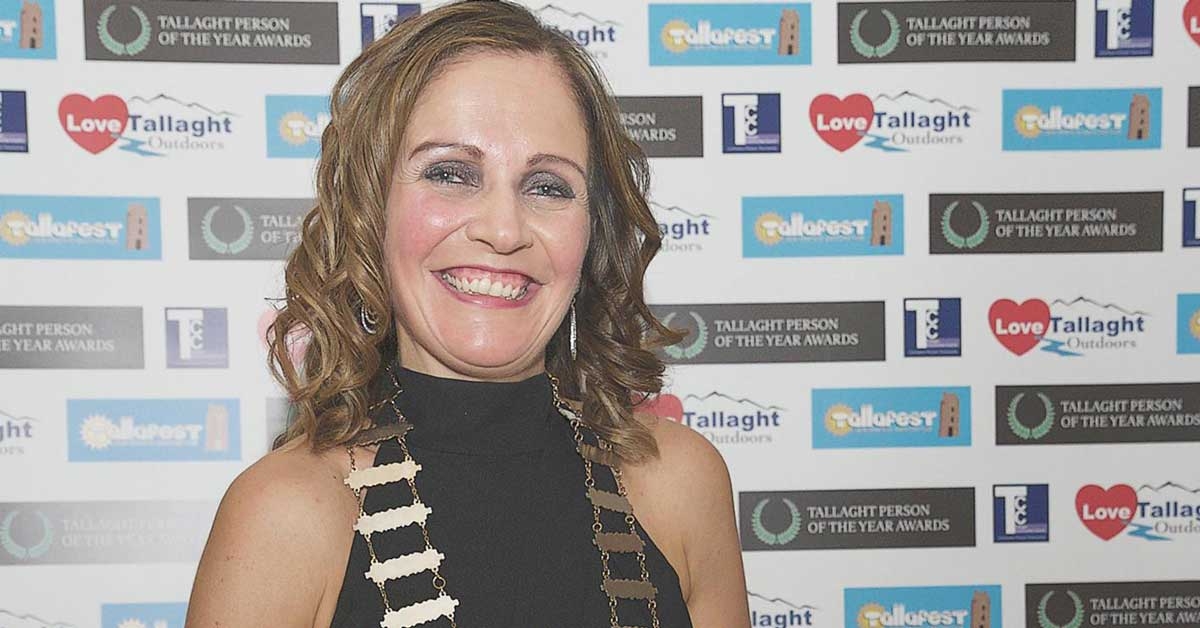 ‘It was amazing meeting all of the different groups and people’

WHILE Sinead Tighe’s Tallaght Person of the Year term may be coming to an end, the mother-of-two is looking forward to the start of new beginnings within the community for herself and her family.

Sinead Tighe was last year crowned Tallaght Person of the Year, after being nominated for being a “tenacious and devoted” mam to her son Daniel, who was born with a rare genetic disorder called Sotos Syndrome.

Sinead, who, alongside husband Keith, is well known for their community runs with Daniel, focused on inclusion for her term as Tallaght Person.

Alongside promoting inclusion and developing ideas to build more inclusive communities, Sinead connected people and groups together, which has facilitated the sharing of information, supports and friendship.

Living in Riverview, Sinead also shared her family’s story in a bid to raise awareness of the isolation and exclusion many families caring for a loved one in the home can feel.

“It’s been a great year,” Sinead told The Echo.

“It wasn’t at all what I was expecting and it was a great platform to raise awareness around inclusion in Tallaght.

“It was also amazing meeting all of the different groups and people that are working across the community to make Tallaght a better place for everyone to live.”

She added: “It really opened my eyes.

“Meeting so many volunteers across all aspects of community really made me realise that people are working together to make life better for everyone.”

Sinead was also behind the creation of Tallaght’s first inclusion networking event, which was attended by a cross section of the community, including parents and supports groups.

“It really is all about raising awareness and changing mind sets,” Sinead said.

“There needs to be an awareness that we are all living in the community and ask ourselves how we can make it better for everyone.”

Looking towards Friday evening when the chains will be passed onto a new Tallaght Person of the Year, Sinead said: “I don’t believe handing the chains over on Friday is the end for me.

“I may not be holding the chains but I will continue with the inclusion meetings and keep in touch with the groups I have met.

“Handing over the chains is the end of something but it’s also the start of a new beginning for my family.

“Being Tallaght Person of the Year lifted me, and helped me to see that I may not be able to hold down a paid job but I can contribute and I can be part of my community.

“I’m really happy with how the year went and look forward to what’s next to come.”

The Tallaght Person of the Year awards ceremony will take to the stage of the Red Cow Moran Hotel this Friday, November 16. The awards has a record 160 nominees this year.