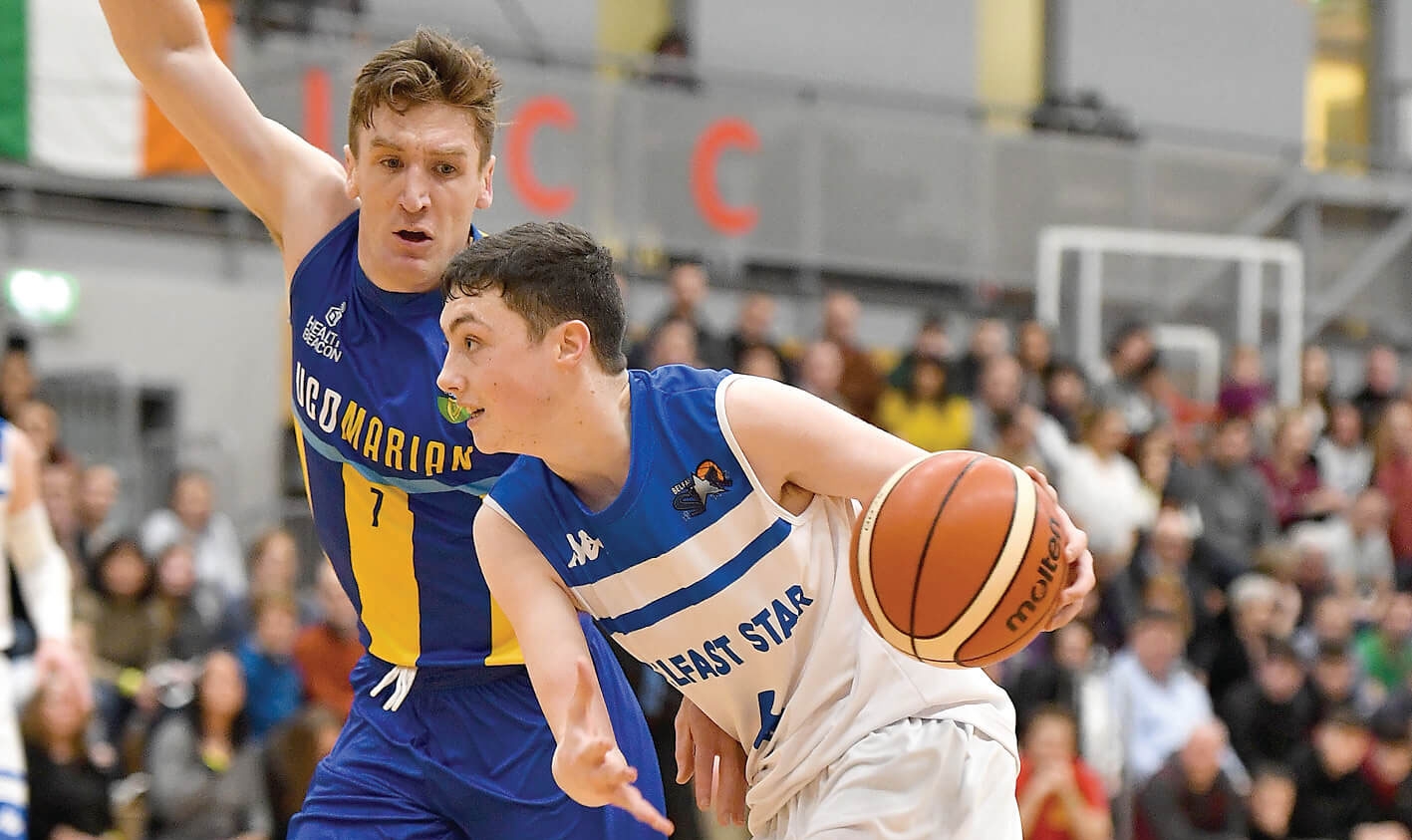 ‘It was that experience which I feel pulled us through’ – Kinevane

TALLAGHT’S Scott Kinevane will get the chance to add another National Senior Basketball Cup medal to his roll of honour when he lines out with UCD Marian against Pyrobel Killester in this year’s decider on January 26.

The Belfield side booked their place in the 2019 showpiece after dishing out a 91-63 point defeat to the hotly-tipped Belfast Star in Saturday’s semi final at the Mardyke Arena.

The win sees Marian back in the final for the second successive season in the hope of banishing the pain of last year’s defeat to Templeogue when a technical foul called on their coach Ioannis Liapakis denied their side the chance to score from a late attack.

It was a costly ruling for UCD, but Liapakis has led them back to this year’s final after having orchestrated their drive to last season’s Super League crown.

And while they have struggled somewhat in the defence of that title this season, the team will be delighted to have earned another crack at the Cup.

“Our league form of late has not been so good so we’ve been putting a lot into the cup especially after what happened in last year’s final,” Kinevane told The Echo.

“Star were red hot favourites for this match and nobody was really giving us a shot coming into it.

“They’ve brought in three good professionals and have a few players back so this was to be their year.

“But our team has played in four semi finals in the last four years and it was that experience which I feel pulled us through.

“With the cup, there is no tomorrow. It’s a different type of game where it’s all or nothing and that’s the mentality we had coming into the game.

“They [Star] have a top American and we managed to nullify him for the most part and keep their Irish guys fairly quiet.

“Their Spanish professional kept them in it, but after the good start we made we were not going to let them back in,” he said.

Indeed, UCD opened up an eight point lead by the end of the first quarter in which  Mike Garrow, Conor Meany and Mariusz Markowicz all served up big performances.

That lead was increased to 13 by the break and they refused to take their foot off the gas in the second half, as they set up a mouthwatering clash with Killester.