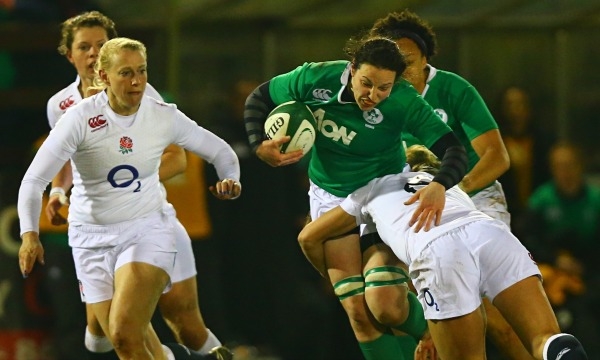 “It will be a huge battle as always” – Paula Fitzpatrick

The Tallaght woman will be hoping to help the defending Six Nations champions get their title defence back on track following their unceremonious 18-6 defeat at the hands of France earlier in the month.

England, with two wins from two so far in this campaign, will still be hoping to improve on their performance against Italy in their last outing after they were pushed all the way in the Stadio Gino Pistoni before securing a 24-33 win.

And Fitzpatrick is under no illusion as to the strength of their opposition this weekend saying “England will pose threats all over the pitch.

“Their pack have a lot of experience and they will look to use their set piece as a platform. Similar to ourselves they have a number of players contracted to 7s rugby this year.

“However over the last number of years their 44 elite player squad have been provided with lots of high quality test matches outside of the Six Nations and World Cup tournaments including games against New Zealand, Canada and France.

“This exposure to high quality rugby is priceless and ensures that the English are always very tough opposition.
“However the gap has closed between the teams in recent years and we’ve had two tough games in the run in to this weekend so we’re excited to take the pitch in Twickenham on Saturday.

“Italy got off to a great start and really challenged England in the last round.

“We’ll be hoping to get a similar start against them and put right the defeat a few months ago.

“There are weaknesses in every team and England are no different so we’ll be looking to exploit those.

“Both teams know each other very well having played against each other so often most recently in the Novem-ber international a few months ago so it will be a huge battle as always.”