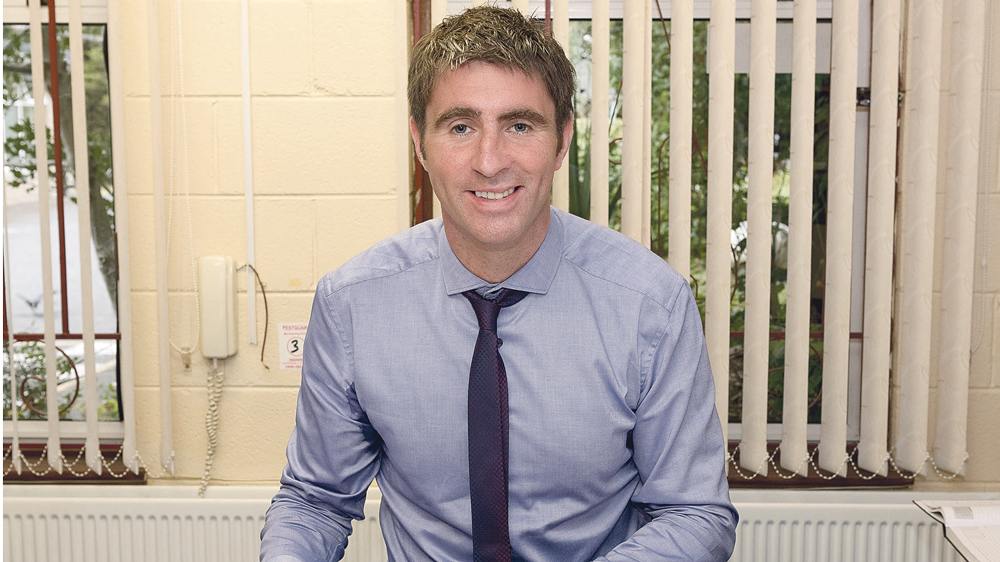 Mr Rennick began working as an SNA in St Aidan’s over a decade ago, and then held the same role in Scoil Áine Naofa in Lucan, before returning to St Aidan’s after qualifying as a primary school teacher.

“I was very much under the mentorship of Sean Hourihane, who was the principal of St Aidan’s and then Scoil Áine Naofa,” explained Mr Rennick.

“I was working as an SNA, and he convinced me that I should go into teaching. He said that I was good with kids, had a good personality and should look at going to Hibernia.”

Following his graduation from Hibernia College in 2008, Mr Rennick then successfully applied for a teaching role in St Aidan’s.

He worked in St Aidan’s for 13 years, including spending the last five years as deputy principal of the school, before leaving at the end of the last academic year to take up his new role as principal of St Thomas’ SNS.

“I was upset about leaving St Aidan’s, but I’d put myself forward for the role in St Thomas’ and I knew if I got it, that’d be it,” said Mr Rennick.

“I’d built up a huge relationship with the staff there, and the kids and their parents, and I was very fond of the whole community. It was emotional, and I’ll never forget Aidan’s – it’ll always be a part of me.”

Mr Rennick is now settling into his new role, after taking over the reins from the former principal of St Thomas’ SNS, Eithne O’Shea, and he is excited to build on Ms O’Shea’s good work in the school.

“It’s a hugely successful school, and there’s a sense of care and collaboration,” he said. “I knew when I was coming into it that it was a successful and well-run school, and once you’re in it you can feel that care and commitment for the kids in the school.