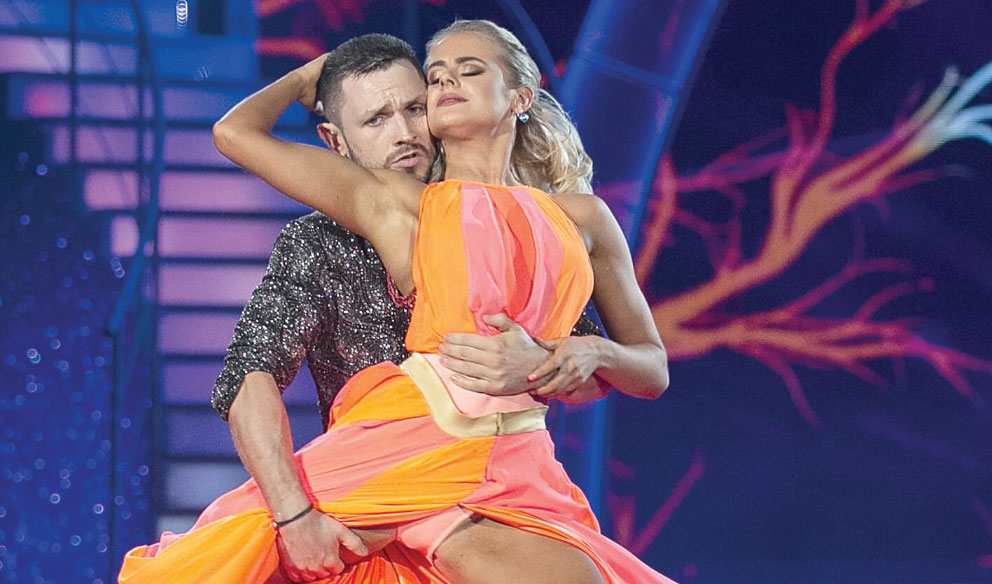 ACTOR Johnny Ward dazzled the judges on RTÉ’s ‘Dancing with the Stars’ semi-final on Sunday evening as he performed two energetic dances alongside his professional dance partner Emily Barker.

The competition, now in its eleventh week, sees a host of celebrities take on dances alongside their professional dance partners, with a different celebrity being eliminated each week after competing in a dance-off, where the bottom two performers fight to keep their place in the show.

Greenhills man Johnny Ward, whose acting credits include ‘Love/Hate’, ‘Fair City’ and ‘Copper Face Jacks: The Musical’, has consistently wowed the judges each week but this week he went head-to-head opposite comedian Fred Cooke in the final dance-off of the series, and Fred was sent home.

The talented actor’s energetic performances kept up the momentum on Sunday’s show, where he performed an American smooth dance to Dermot Kennedy’s ‘Power Over Me’ and a paso doble to ‘Kashmir’ by Escala.

Commenting on Johnny’s American smooth performance, judge Julian Benson said: “You certainly had the power over me.

“It was a cool and contemporary American Smooth. When you moved off the bed into the lift section your core control was excellent…great chemistry.”

Fellow judge Loraine Barry said: “The second-half [of the dance] got a little bit interrupted with lifts coming in. If you are in the final bring more.”

Later in the show, Johnny then performed a paso doble which involved several other professional dancers, with Johnny commenting afterwards: “It’s tough enough to dance with one professional, to dance with three…I’ve never felt smaller in my life!”

The judges were impressed by Johnny’s performance, with judge Brian Redmond remarking: “I think the section when you danced with the two boys was amazing to see for people at home.

Judge Julian said: “The power, the passion, the precision, that just blew me away.

“I was on the edge of my seat. It was a powerhouse opening with the professionals!”

Johnny scored an impressive 28 points from the three judges.

The three remaining competitors will now go forward to the next episode in the series, which will air this Sunday, March 24, at 6.30pm on RTÉ One.