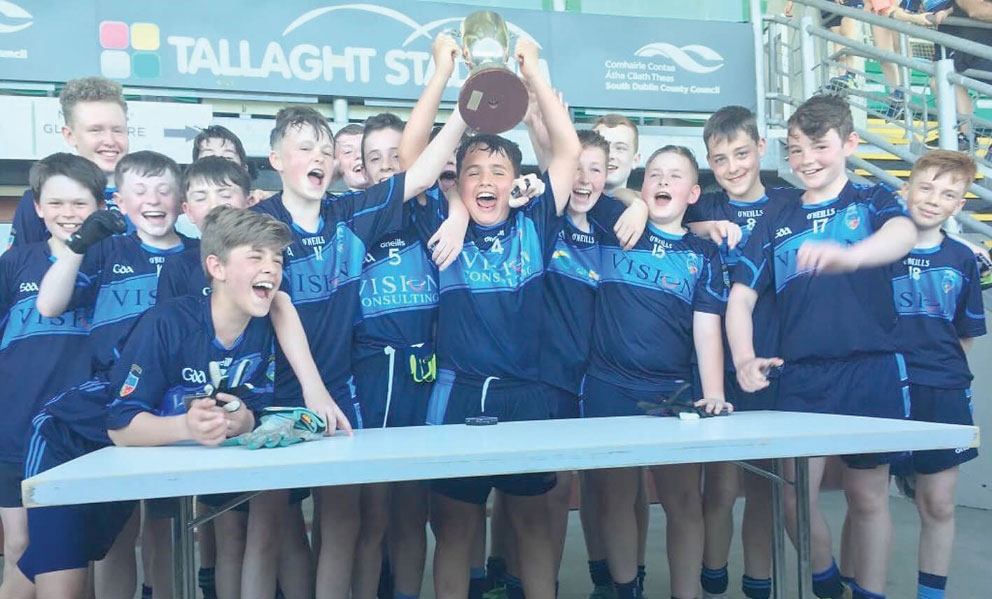 Jude’s on double in Tallaght Stadium

ST JUDE’S Under 14 footballers got a double helping of Féile success in Tallaght Stadium on Sunday after they claimed the Division Six and 10 titles.

In the former, Jude’s overcame Clontarf 2-2 to 1-4 in their decider while the Templeogue boys got the better of Pine Forest Gaels 4-5 to 3-3 in a thrilling Division 10 showdown.

Sam Clarke was the hero for Jude's against Clontarf with the talented keeper pulling off a number of vital saves while also accounting for a goal and a point from frees.

This Division Six Final proved a real thriller with only a point seperating the teams over the closing 10 minutes with Jude's hanging on for the win.

Cian Reilly netted the other Jude’s goal while Patrick Glennon got his name on the scoresheet with a well-taken point.

Having lost their opening game in the group stages to Naomh Fionnbarra, Jude’s turned up the heat – winning the next four- three by one-point- to book a place in the final.

They overcame St Anne’s and Clontarf and then got the better of Man-O-War in the semis.

In the Division 10 decider Louis O’Kelly helped himself to two goals and a point while Cormac Keogh and Eric Murphy also found the back of the Pine Forest net.

In what was a tight contest, captain Faman Sarwar Khan, keeper Darragh Crowley along with defenders Matteo Sanrito and Gerry O’Grady had key roles to play.

Pine Forest did break through for a couple of second half scores, but Jude’s held out to secure the crown.

It has been a great year for St Jude’s at Under 14 level with the club winning three titles out of the five they entered this year.