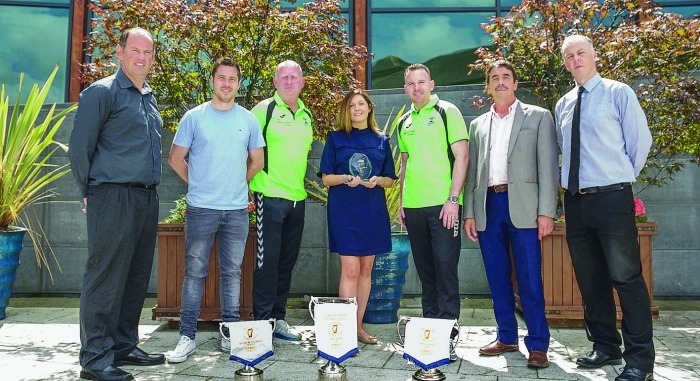 BOOTH Road Celtic’s Saturday side put the finishing touches to a tremendous season in June when they served up a 6-1 thrashing of Leixlip United that ensured the LSL Major 1B title would be heading to Clondalkin.

That title win came hot on the heels of the side’s Tom Carroll and Noel Ryan Cup wins which, together with the Booth Road Sunday side’s Albert Walsh Cup success, has made this a remarkable period for a club that had just one league title to its name in the 16 years leading up to this season.

The Clondalkin side were made work for their reward in the Noel Ryan Cup, coming through six rounds before edging Greystones United 4-3 in the decider.

While they had trashed Clontarf 6-1 in the last eight, they were taken to extra time by Cherry Orchard in the semi finals, eventually winning 1-0.

The latter stages of the Tom Carroll Cup proved a lot more comfortable for  Booth Road as they saw off ther challenge of St Mochta’s and CIE Ranch in the semis and final respectively by a combined score of 8-0.

It all augurs well for the Clondalkin club which is sure to again prove a significant force in Leinster Senior League soccer next season.