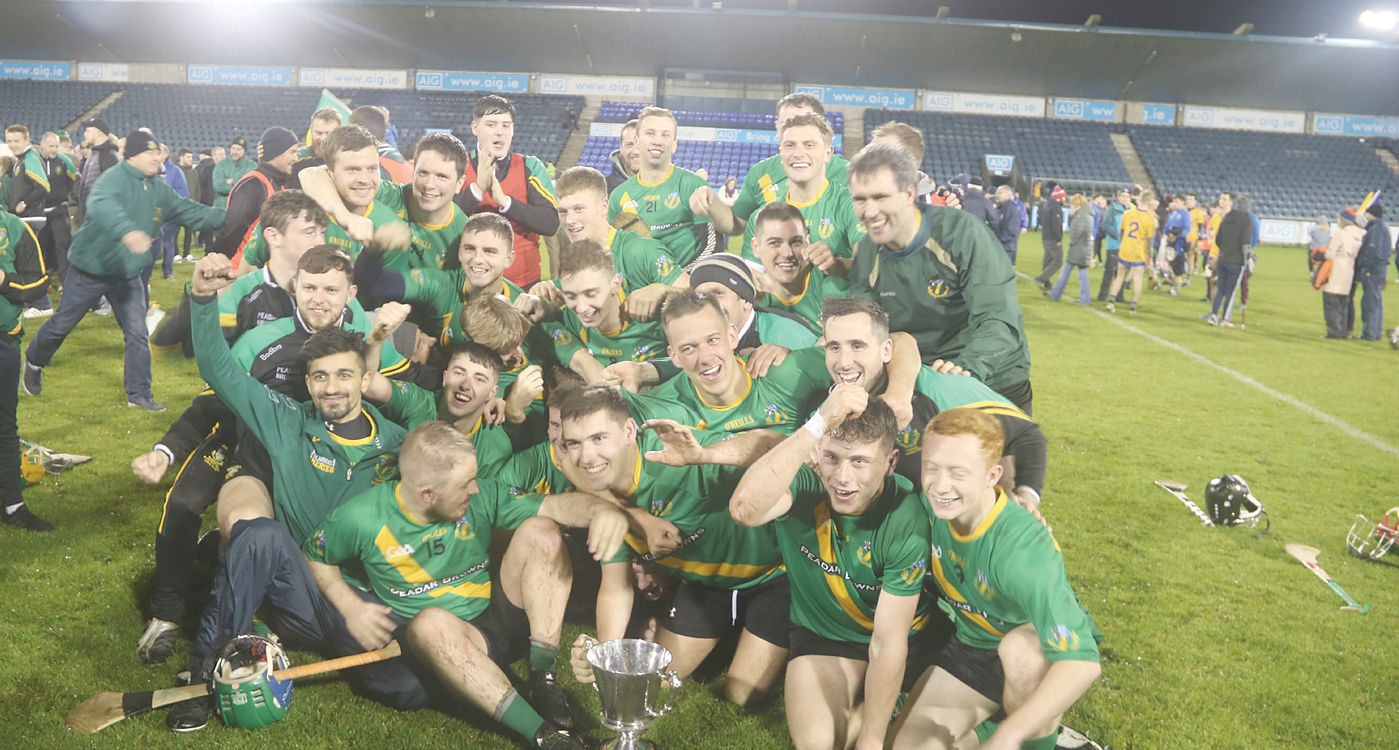 THOMAS Davis intermediate hurlers were singing in the rain on Friday evening after they claimed the Intermediate Championship title after beating Na Fianna 0-10 to 1-6 in Parnell Park.

Played in terrible conditions, it took an injury time free from Kevin Ward to secure the title for the Kiltipper boys.

This was a game that could have gone either way in the second half, but Ward proved the hero of the hour with a dramatic late winner.

Both sides created opportunities in the opening stages, but they fell just short or went wide off the post.

However Davis found themselves behind when Niall Madden was picked out in space and he let fly to Caelan Brennan’s net.

Yet they quickly settled and responded with full forward John O’Riordan popping over a point while David Byrne also added a score.

Scores were difficult to come by and Na Fianna did hit back with a point from centre forward Aaron Jesson after 23 minutes.

Ward kept the scoreboard ticking over with a Davis point before wing back David Keogh levelled matters.

Aaron Jesson pushed the Mobhi Road side back in front with two points while at the other end Ward split the posts to leave it 1-3 to 0-5 in Na Fianna’s favour at half time.

Na Fianna went two clear six minutes into the second half when Jesson landed a point while Cillian Heeney added another for the northsiders, but that man Ward hit back with another Davis’ score.

Byrne levelled matters with a point for Davis and then he edged his side in front for the first time.

This sides were tied again when Seamie O’Sullivan fired over an equaliser and again the sides exchanged scores as the game was now in the balance.

This set up an exciting close to the tie, and Ward sent over a long range 65 meter free to secure the title for the Tallaght side. They will now play the Senior ‘B’ champions Raheny to see who represents Dublin in the Leinster Championship.