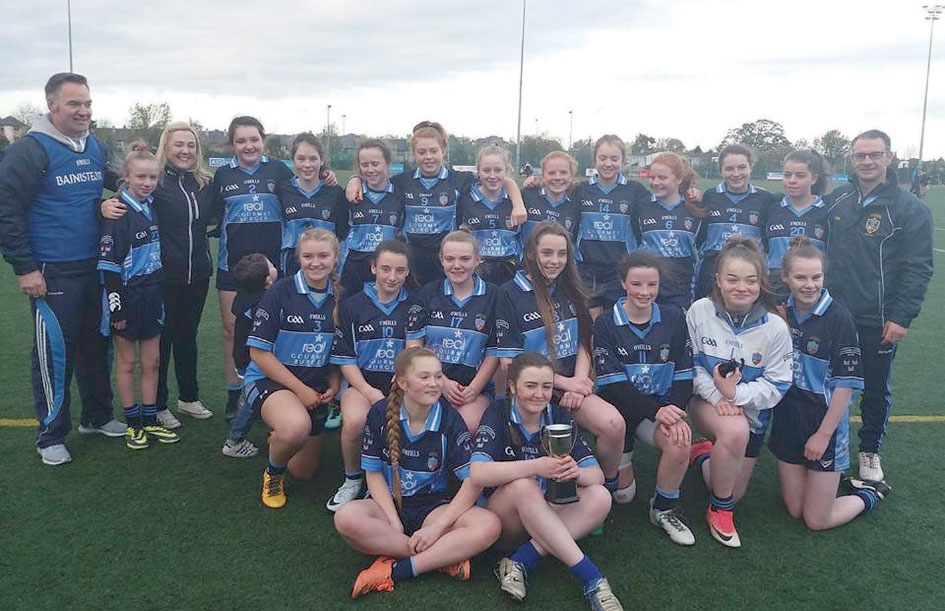 BOTH St Jude’s Under 16 and Under 14 girls football teams stormed to championship success last weekend.

The former weathered an early second half surge by Ballyboughal to win out 1-16 to 1-7 and subsequently bag the Under 16 Division Four title in Tymon Park on Sunday.

Playing with the wind at their backs in the first half, Jude’s opened up a seven-point lead by the break, Cliodhna Nicoletti leading the charge with Aoise Downer and Leisha Kenn-edy also on the scoresheet.

Ballyboughal, were not about to lie down though, and fought back to within four points of their opponents with the help of Sarah Willis’ goal together with points from Louise Wogan, Molly Carty and Gioia Morgan-Fox.

Yet this attempted revival served only to spur on Jude’s who pulled away again with a goal from Lauren Kearney and points from Nicoletti and Holly Murphy.

In defence, Niamh Gannon and Sarah Maher performed very well for the Templeogue side with Katie Long solid in goal and Niamh Murphy excellent at midfield.

Elsewhere, Jude’s emer-ged 4-12 to 8-4 winners over Ballinteer St John’s in a thrilling Under 14 Divis-ion Two Championship Final in Marlay Park.

After an exciting first half which ended with the teams level at 3-1 to 0-10, the Ballinteer girls stunned their Templeogue rivals by hitting the back of the net twice in the first couple of minutes of the second half.

Yet Jude’s dug deep to level the match once again with only a few minutes to go before Kate Nolan popped the ball over the bar to edge them in front.

Florence Maughan then found the net in the closing minute to seal the victory for the visitors.