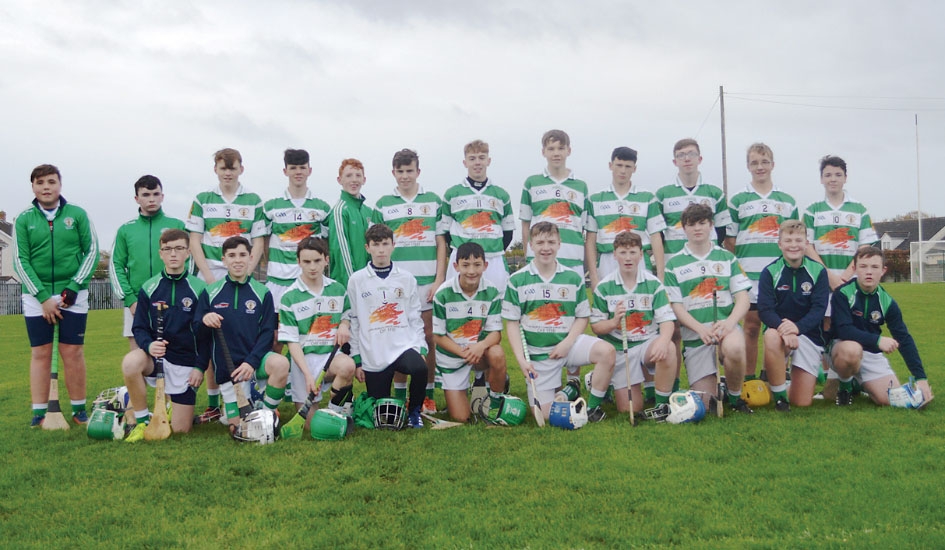 A CHAMPIONSHIP Final of two halves brought a bitterly disappointing outcome for Round Tower’s Under 15 hurlers, writes Mick McGlynn.

Having delivered a commanding opening 30 minutes, the Towers lads will feel the final was there for the taking, but they encountered an improved Whitehall side in the second half who ran out 1-7 to 1-10 winners in Blakestown.

Tower’s four-point advantage at half-time (0-6 v 0-2) would have offered greater security had they not conceded Whitehall’s only two points of the half very late into the opening period. Two minutes were on the clock when midfielder Conor Morrow broke free from a puck-out and struck on the run from the right.

Again Ciaran Courtney and Ben English were to the fore in pressurising and Michael Broderick was the beneficiary to point their third. The advantage gained in the first quarter would have been wiped but for an outstanding save by goalkeeper Matthew O’Meara.

Towers made the most of this reprieve, with Walsh converting a free and Gareth O’Brien shooting over on the run.

Towers won the subsequent puck-out and Killian McDonnell’s flick released English and he struck between the posts. But the pendulum swung towards Whitehall. Morrow won again in the air and O’Meara pulled off another brilliant stop.

On this occasion the strike was towards the top right corner, but he stretched the hurl to deny a crucial breakthrough for the northsiders. Whitehall’s first score did arrive on the 28-minute mark from a free.

The deficit was narrowed to a goal, with substitute Daniel Chebac striking for Whitehall before Derry Noonan  edged them clear for the first time.

O’Brien had a narrow wide before a Whitehall goal arrived with ten minutes remaining.

The low strike from the left gave O’Meara no chance and a pointed free quickly followed.

Towers fought to get back into the game, and Walsh did break inside on to a high ball before being  pulled to the ground.

He picked himself up to strike the penalty successfully low to the keepers right. He again struck for goal from a free with a minute remaining but Whitehall had numbers in force to block and clear.