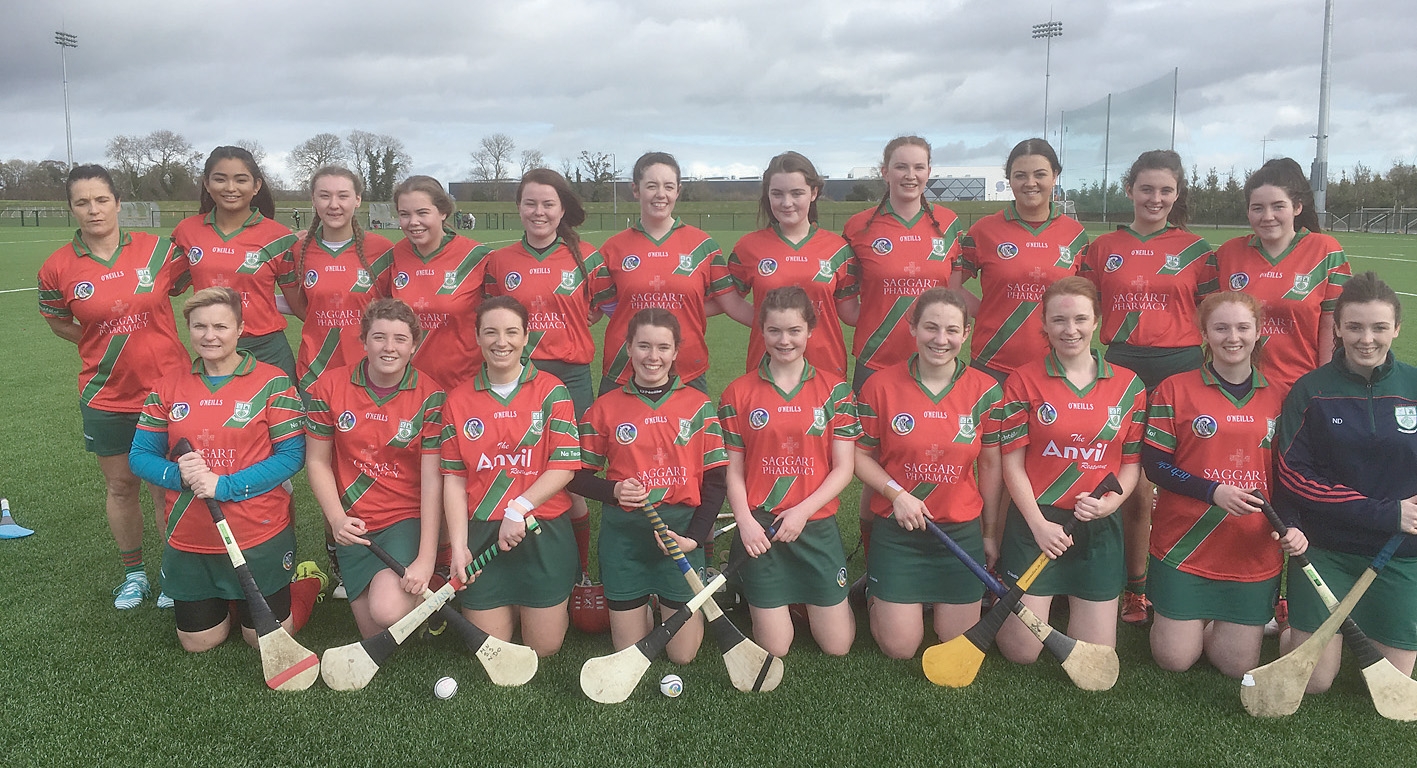 THERE was delight for Commercials GAA Club last Sunday as their Senior Seven Camogie tean recorded the club’s first championship crown in more than 20 years- the same day that their Under 15 hurlers won the Shield.

Having lost the decider to Ballinteer St John's last year, the Rathcoole girls were determined not to lose this one as they overcame Erin's Isle 1-7 to 2-1 in Abbotstown.

A late point from Noelle Comyn proved the difference in this contest as the Finglas girls made Commercial fight all the way for their title.

Commercials can also thank keeper Niamh Dungan for their win as she pulled off a number of vital saves.

Scores were hard to come by as Commercials struck six wides in the first half.

Isles hit back in the 15th minute when Kirtsy Conner sent in a long ball for Cathy Connaghan to turn home.

Sophie Strum-ble pointed from close range for Comm-ercials while Noelle Comyn extended her sides lead with a pointed free.

Just on the stroke of half time the Finglas girls did score a second when Conner battled through, but her effort was stopped by Duggan and Connaghan was on hand to fire home.

Two minutes into the second half Angelique Kilgannon levelled the game for Commercials while two points from Comyn put the Rathcoole side 1-5 to 2-0 in front.

Isles levelled matters on 37 minutes, but  it proved to be their only score of the second half.

MEANWHILE Commercials Under 15 hurlers raised the ‘B’ Shield title.

The Rathcoole side came from two points down at the break to beat Erin Go Breagh 1-15 to 0-9.

Cormac Cullinane levelled the game with a point before Adam Drewett put them in front.

Both Cullinane and Drewett put in big performances for Commercials while Jack O’Keeffe and Dermot O Duaillaigh chipped in with good scores.

Commercials continued to push forward in the second half and a late Cathal O’Leary goal put the icing on a fine show..