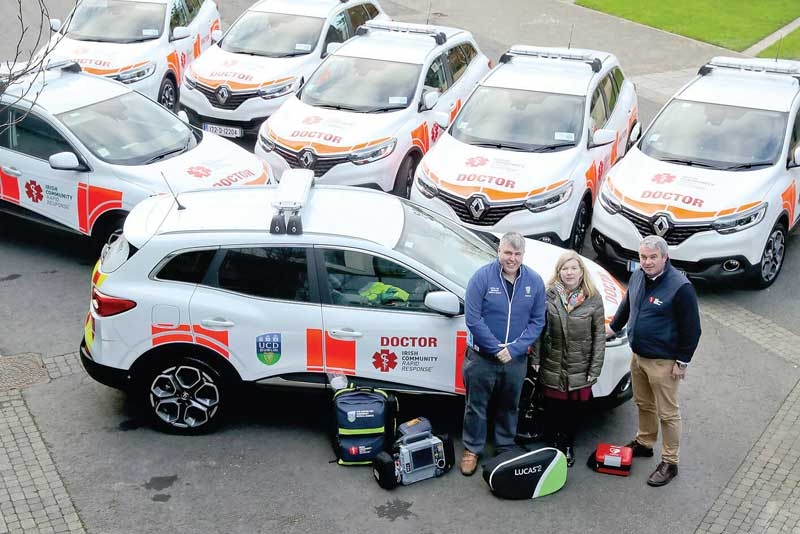 Renault Ireland donated a Renault Kadjar crossover to the Irish Community Rapid Response (ICRR) operating in Dublin/Meath at a handover at UCD School of Medicine.

Irish Community Rapid Response is a registered charity which was founded by social entrepreneur John Kearney in 2008 to deliver professional pre-hospital emergency care directly to the site of emergencies throughout Ireland.

Renault Ireland has donated a total of seven vehicles to ICRR, valued at €250,000, which will double the total number of Rapid Response Vehicles (RRVs) operating throughout Ireland. Six of the new vehicles are equipped with 4x4 capabilities and all are complete with built-in satellite navigation systems to meet the needs of ICRR service providers. These new vehicles will operate in Clare, Dublin, Dublin/Meath, Kilkenny/ Waterford, Laois/Offaly, Mayo and Roscommon.

The ICRR RRVs are declared National Ambulance Service assets, and are tasked to life-threatening emergencies via the 999/112 system. ICRR also supports almost 200 other doctors responding to emergencies in their communities at local level.