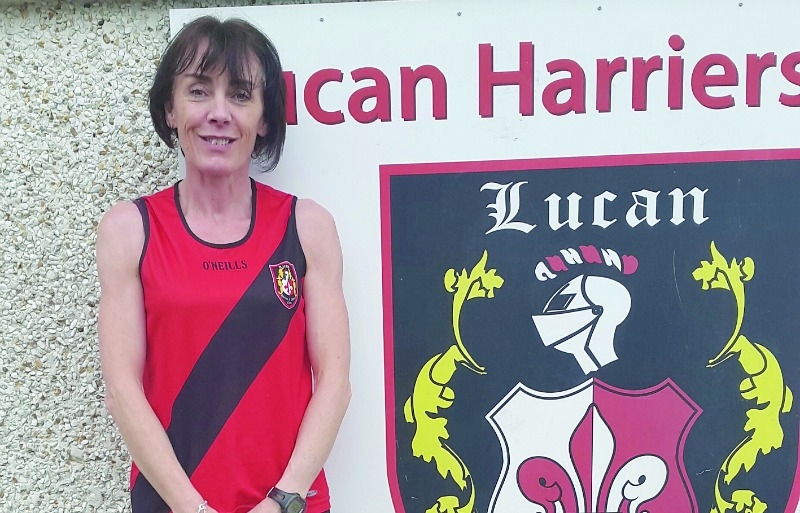 Kearney has beenrunning for four years and, having twice completed the Dublin Marathon, was advised to try out sprinting by her coach who recognised her speed ability.

The transition has paid off as she has medalled at county, provincial and national level, winning 400m silver and 60m and 200m bronze in the Leinster Indoor Champion-ships back in February.

On another note, there was a great turnout of 25 athletes from the Lucan club at the local Leixlip 5k Road Race organised by Le Chéile Athletics Club.

Damien O’Sullivan was first athlete home for the club in 38th place in a time of 18.53 with Bernie Stapleton leading the Lucan ladies home in 29th and runner-up in her age category in a time of 22.29.

Eileen O’Brien was first in her age category in a time of 25.45 while there were also 5k PBs for a number of the Lucan Harriers fit4life athletes with Maggie Russell home in 28.23, Edel Fogarty in 31.26 and Trish Byrne in 33.49.