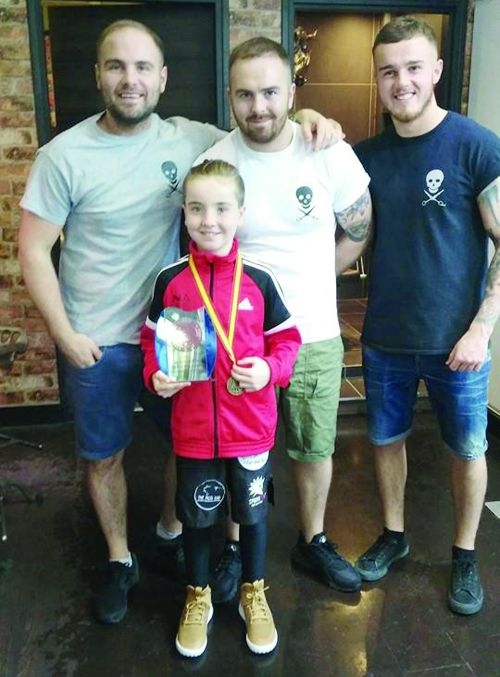 NATHAN Kelly will be one of Tallaght Martial Art’s primary medal hopes at next summer’s World Junior Kickboxing Champ-ionships in Citywest.

The 11-year-old competitor was one of their stars at last week’s WAKO European Championships in Spain, landing gold in the Younger Cadets -28kg division after he beat Mihail Georgiev of Bulgaria in the decider.

It served to complete a great campaign for Kelly who started with a victory over Great Britain’s Samuel Kalyan in the last eight on the day of his birthday.

This set him up for a semi final clash with Geogely Wallandt of Hungary against whom he led for the two rounds and made it through to the title fight.

Against Georgiev, he demonstrated some excellent kicking ability early on before countering his opponent’s attack very effectively in the second round to build up an unassailable lead.

The gold medal win comes a year after he won bronze in the World Junior Championships and he will be looking to top the global podium on home soil in 2016.

First up for the young Tallaght star, however, will be the Bristol Open next month with the Rumble in Citywest and the North East Open in Carrickma-cross also on his agenda.

Kelly’s clubmate Nicole Bannon is also sure to be going for gold in next year’s World Junior Championships as she edges closer to the top prize in every major international.

Indeed her bronze medal finish in last year’s Worlds was followed up with silver in this season’s Europeans after she was pipped by Mariapia Damico from Italy in the -60kg Junior Girls Points Fighting Final.

Bannon had a very tough fight in the last 16 against Altea Cadenazzi, but earned a narrow win to make it to the last eight where she demonstrated her excellent kicking abilities against Adrianna Skowrytko from Poland.

In the semi finals against Pauline Schlau, it was the German who took the lead in the first round before Bannon fought back to secure further progress to the final.