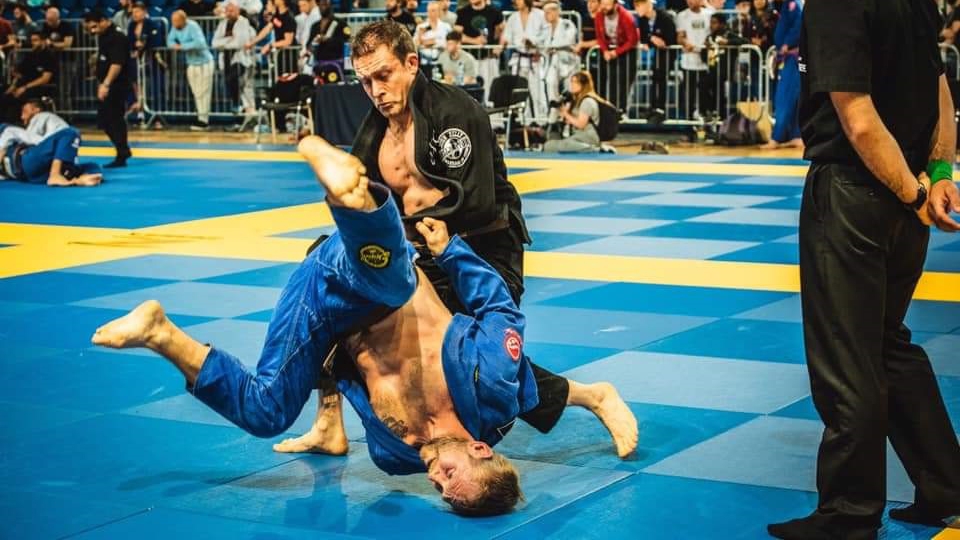 Kelly on the double in National Championships

JOHN Kelly recently made it a double gold at the inaugural IBJJF Irish National Championships at the National Sports Campus.

The Head Coach of Checkmat Dublin in Ballymount, he saw off the challenge Arto Toomsalu of Team Alliance Sligo in both GI and NO GI finals.

Kelly, who boasted four national titles coming into this competition, will now be turning his attention to preparation for the Irish Open in September.

Following that he will bid to add to the five European medals he has already garnered when he returns to Lisbon in January for the next competition.

Kelly’s club, Checkmat has been growing steadily over recent years and now caters for some 50 members.

Among them is Kelly’s daughter Lana, who will be defending her World Championship title when she heads to Birmingham in July.