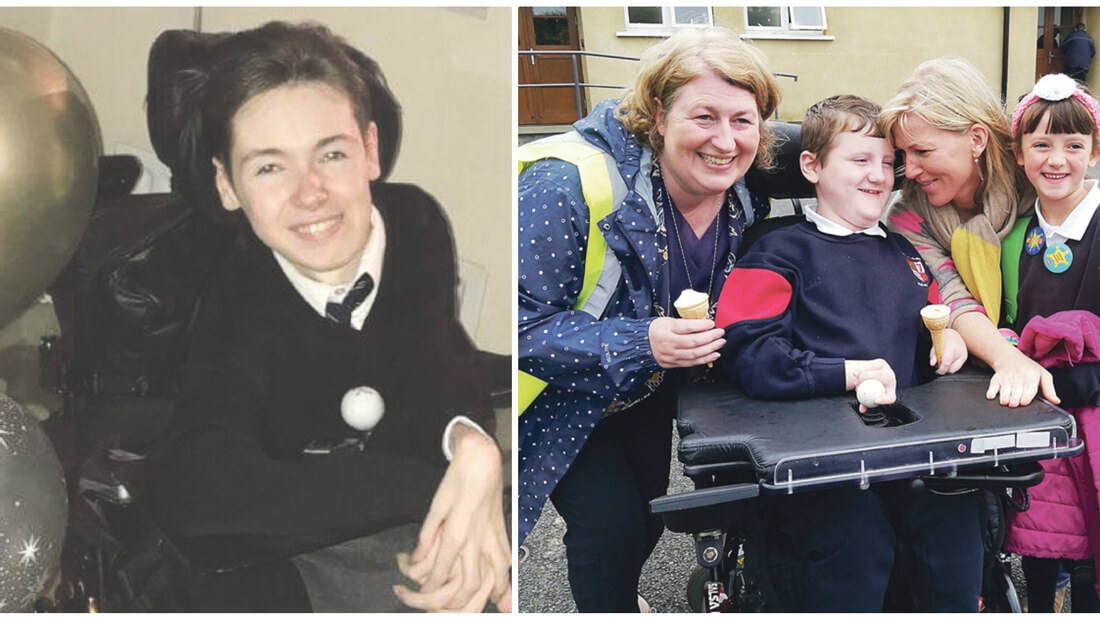 LOCAL mother Lisa McHugh thought the test time for the Leaving Cert Irish paper would never end, as she waited outside the exam hall on Tuesday to tell her son Glen that Spinraza had been approved.

After a long road, the Government this week announced the approval of Spinraza, which has been branded a ‘miracle drug’ for those with spinal muscular atrophy (SMA).

Locally, 17-year-old Glen McHugh Farrelly from Clondalkin and Sam Bailey, a nine-year-old from Rathcoole, have been campaigning with their families for the approval of Spinraza .

Speaking with The Echo after the announcement, Glen’s mam Lisa said: “It’s a great feeling, Glen now has a normal life expectancy rather than a limited one.

“Spinraza will stop the progression of Glen’s SMA . . . and hopefully rebuild some of the muscle lost.

“Glen wants to go to college and be a writer, and with Spinraza he hopes to be able to hold a pen again . . . he uses touch-screen for everything.

“He wants to be able to rub the dog and change the channels on the telly, simple things that people take for granted.”

She added: “Doing your Leaving Cert can be a stressful time for any young person, and campaigning for months for a drug that can save his life was an added pressure.

“However, Glen got through it, he’s a super trooper.”

Glen is all smiles

Thanking the wider community for its support, Lisa stressed that the campaign does not stop here – as the Government has only approved Spinraza for under 18s.

“We want no one left out, and we hope that Spinraza is extended to adults within the not-so-distant future,” Fiona said.

Fiona’s son Sam is a Second Class student in Scoil Chronain, Rathcoole, where an ice-cream van visited on Wednesday to celebrate the Minister’s announcement.

After school on Tuesday, an impromptu party was also held at Sam’s house, with the party attended by school friends who last month sent a message to Simon Harris to release funding for Spinraza.

“All of Sam’s friends were so emotional, this was a personal win for each and every one of them,” Fiona said.

When asked what the approval of Spinraza means for her family, Fiona said: “This news has changed everything for Sam – he can begin the next chapter of his life.

“It’s wonderful, wonderful news, we’re so happy . . . it changes the whole future for us as a family.

“The most important thing is that it gives families like ours hope when there was none before.”

Announcing the news on Twitter on Tuesday, Minister Simon Harris wrote: “Welcome news today that Spinraza is now approved by the HSE.

“This is the first-ever treatment for children with SMA.

“I know how hard the long journey to get here has been for families, but very glad children in Ireland will now have access.”