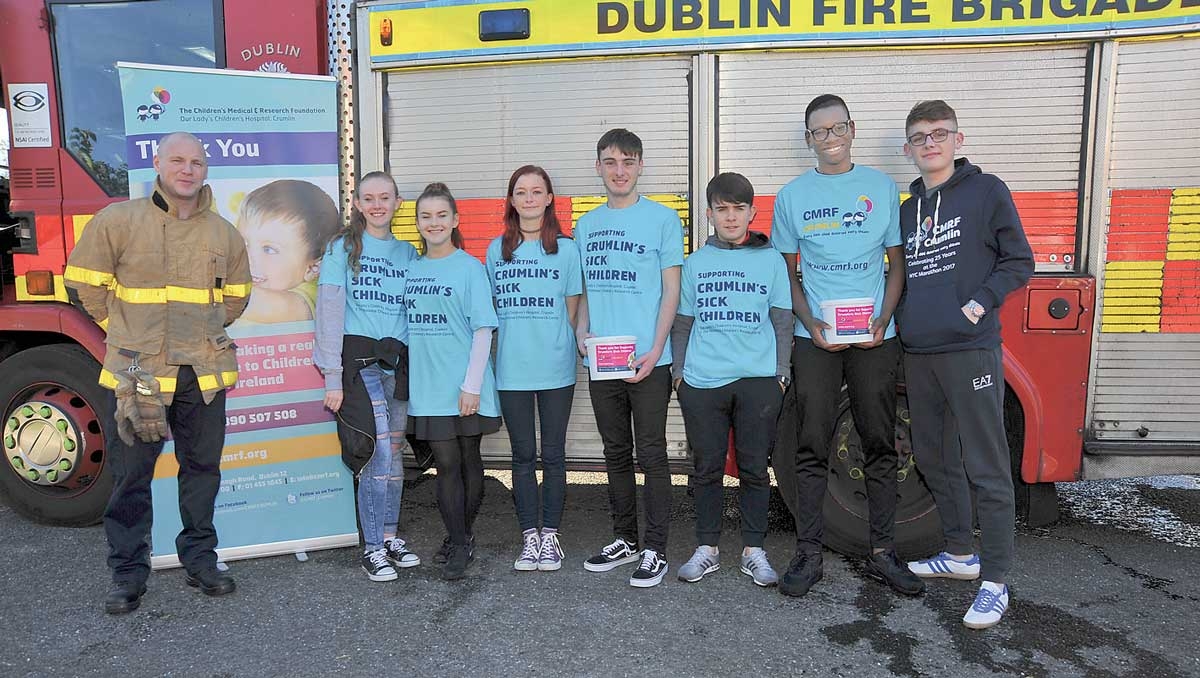 STUDENTS from Killinarden Community School staged a non-uniform day and raised €800 for local firefighter Podge Thompson, who took on a marathon fundraising feat.

Living in Clondalkin and based in Tallaght Fire Station, Podge (36) and two fellow firefighters, Paul McGurrell and Stephen Howard ran 116km between them on Satuday, October 28 in tribute to the crew of Rescue 116, the members of which tragically lost their lives when their helicopter crashed last March.

Podge, Paul and Stephen each ran around 40km from various coast-guard stations in Dublin before meeting in the city centre and together running out to Tallaght before running back into town for the Dublin City Marathon – with all funds raised being donated to Our Lady’s Children’s Hospital Crumlin in tribute to the crew of Rescue 116.

To date, the lads have raised nearly €5,000 with money still coming in.

Speaking with The Echo after his visit to Killinarden Community School, Podge said: “I couldn’t believe how much the kids raised, €800 is amazing.

“We went out last Friday in a fire truck and the kids were delighted, they’re really a great bunch of kids and they wished me all the best for the race.”

After taking on the Dublin City Marathon earlier this month, Podge flew out to New York last Thursday, November 2, to run the New York marathon for Our Lady’s Children Hospital.