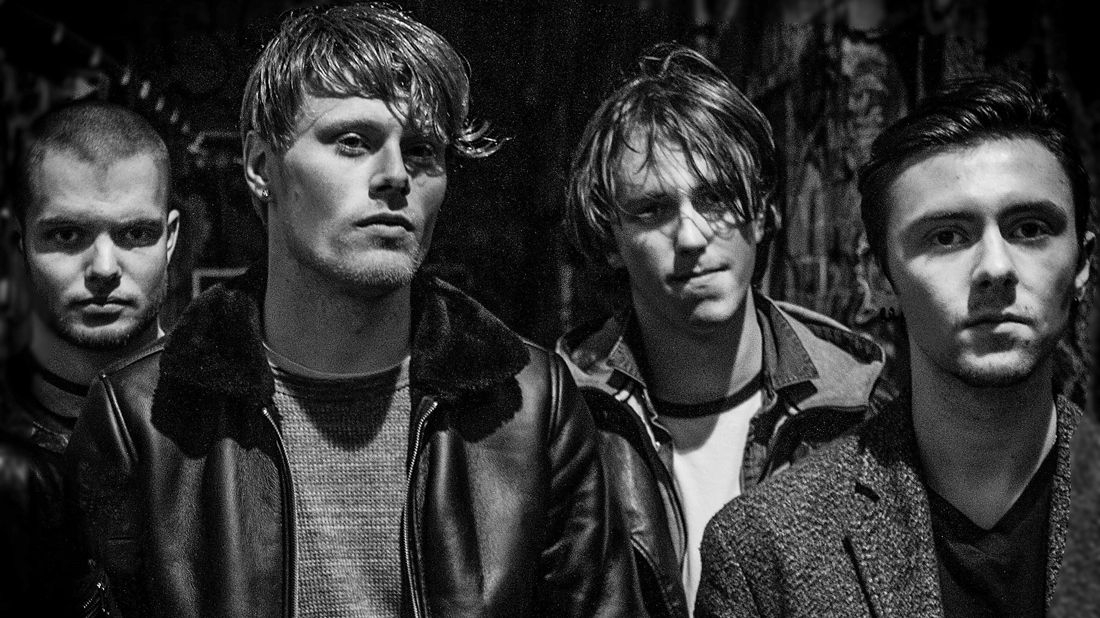 Kyro Jones: Eager to get back to their live performances

We don’t really know what style we are. We don’t put a genre on it.” Said vocalist and guitarist Conor Fitzpatrick.

Kyro Jones may not believe in genres but their sound is best described as alternative rock. Well, more specifically, “Joy Division on steroids, mixed with a bit of Guns N’ Roses,” according to a fan from Cork. Ballyfermot native Fitzpatrick said this was the best compliment they’d ever received as he’s “all about the energy”.

From their start in 2017, Kyro Jones has always been about energy and having a good time.

“We never came together with any ideas or anything,” said guitarist Jonathan Hayes. “We were just five guys who liked rock music, we get together and make as much noise as we can in as many places as we can.”

The Ballyfermot-based band has songs on Spotify and Soundcloud and is hoping to release an EP at the end of the summer of music they recorded before the pandemic.

Despite their strong online presence, it’s clear that these bandmembers prefer live shows. Due to coronavirus, they had to step back and watch many performances be put on hold.

“Even up to the brink we got gigs canceled because we were just trying to push live music as much as possible,” Hayes said. “We want to get back to it as soon as the world opens up again.”

In normal times, they perform all around Dublin and travel to gigs in farther towns.

“Anywhere that we’ll fit, we’ll play,” Hayes said. This includes anything from the corner of a tiny pub to the stage of a large concert hall.

Bigger isn’t always better. The band feeds off the energy of the audience, so being up close and personal with rowdy listeners in a little pub adds to the performance.

“Those are sometimes the best,” Fitzpatrick said. “They’re always packed out and you can actually see the crowd and feel the energy coursing through.”

Fitzpatrick and another bandmate, John Reilly, live within cycling distance of each other so while the rest of the band has quarantined apart, the two have been having jam sessions.

This has given them the opportunity to write some new material. The duo is excited to see how the new songs will come together when the whole band can play again.

Hayes described the band’s creative process as “very diplomatic”. One member will come to the band with a basic drawing of the song but his bandmates are free to suggest and critique any and all creative choices.

Each member adds his own style and the song just gets better in the process.

Having played together for over three years, the musicians have a strong connection. “We just get more synchronized as people,” said Hayes. Fitzpatrick has a good idea of how all of his friends work creatively.

He can often anticipate what they’ll do next and that understanding and nonverbal communication comes together to form a songwriting process that works like a smooth machine.

They may be cooped up right now, but Kyro Jones will be back stronger than ever after this pandemic. Fans can look forward to a whole new repertoire of energetic songs.

“The alternative rock scene is thriving at the moment. The only thing that’s stopping us at the moment is Covid,” said Fitzpatrick.